Natasha Cornett was eighteen years old when she took part in the now infamous Lillelid murders in Tennessee. According to court documents Natasha Cornett along with Edward Dean Mullins, 19; Joseph Lance Risner, 20; Crystal R. Sturgill, 18; Jason Blake Bryant, 14; and Karen R. Howell, 17 were on a road trip to New Orleans Louisiana when they stopped at a rest area in Tennessee

The Lillelid family who just attended a Jehovah Witness convention. The father Vidar Lillelid approached the group to spread the word but what he did not know is that Natasha Cornett and her group were planning on carjacking his van in order to complete their trip to New Orleans.

The Lillelid family which consisted of Vidar Lillelid, his wife Defina and their two children: six year old Tabitha and two year old Peter were forced at gunpoint to their van which was then driven to a remote location.

Who exactly shot the Lillelid family is not 100 percent clear however fourteen year old Jason Bryant and other male members of the group were involved. Vidar and Defina would both die at the scene, six year old Tabitha died on the way to the hospital and two year old Peter would survive his injuries but would lose the sight in one of his eyes.

Natasha Cornett and her group were soon arrested and charged with the three murders. All of the group members who were eighteen years plus, including Natasha, would take a plea deal in order for the death penalty to be taken off the table. The younger members would ultimately receive the same sentences.

A number of years later Natasha Cornett and death row inmate Christa Pike would both be charged and convicted in the attempted murder of another inmate. 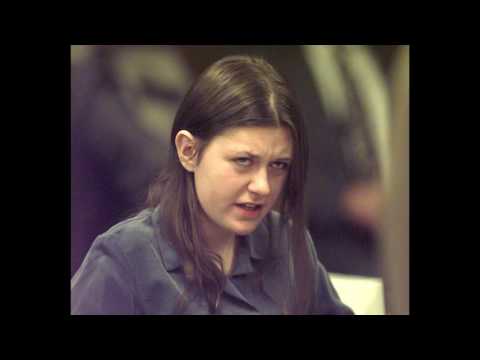 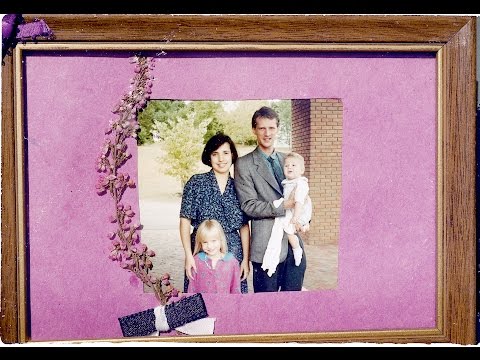 The van rolled through the twilight, gravel crunching beneath its wheels and a few quiet sobs escaping from inside.

The sun had set, and dusk thickened to dark. The van stopped, and the doors opened.

One by one, the occupants climbed out — from behind the wheel, the father, a tall, thin man in his 30s; from the back, the mother, slightly younger and holding the hands of their daughter and son; two women in black; and a man and a boy, each holding a gun. A car pulled up the road behind them, circled around the van and came to a stop, its headlights still on.

One gunman turned to the other.

Six people, all serving life sentences with no chance of parole, know what happened next that Sunday evening of April 6, 1997. Each tells a slightly different story. In each story, another fires the fatal shots.

John Huffine can recite the events from memory. The retired detective knows every inch of the spot along Payne Hollow Lane in rural Greene County, right down to the number of feet from the spot where the van parked to the main road, to the nearest house, to the ditch where deputies found four bodies lying in a bloody pile. Twenty years later, he can point out all the landmarks.

Here were the tire tracks. There was a shell casing. This house wasn’t here then. That tree was smaller. The stump — that’s gone.

He can tick off all the names on his fingers — Vidar and Delfina Lillelid, the Knoxville couple whose names still call to mind one of the most gruesome and notorious murder cases in modern East Tennessee history; their 6-year-old daughter, Tabitha, who offered chocolates to her killers on the ride to her death; their 2-year-old son, Peter, the only one of the family to survive.

He remembers the killers, too, whose names, mug shots and fascination with devil worship, blood-drinking and the occult topped front pages, TV newscasts and tabloid covers for months after the killing, and whose motives still drive online debates among true-crime aficionados. Natasha Cornett, then 18; Karen Howell, then 17; Joseph Lance Risner, then 20; Jason Blake Bryant, then 14; Joseph Dean Mullins, then 19; and Crystal Rena Sturgill, then 18, all deny to this day they knew what was about to happen on the side of that gravel road

The longtime investigator knows how the killers met their victims, can tell the story of how the family, devout Jehovah’s Witnesses headed home from a religious convention, stopped at the rest area on Interstate 81 South at just the right time to cross paths with six Kentucky youths on the run from police, parents and a community they hated. He knows the path they followed from there to the murder scene. He knows how many shots were fired, in what order and from what distance.

What he still can’t say for sure is exactly what happened after the van stopped.

“Everybody has their theory, and I have mine,” Huffine said. “I think it was a crime of opportunity. All the elements just came together. But this case is like an inkblot. Everybody who looks at it sees something different.

The six still have their defenders, from family members to strangers who don’t dispute their guilt but insist all shouldn’t die behind bars. Attorneys for Bryant and Howell have filed motions to reopen their exhausted appeals, citing recent U.S. Supreme Court decisions that restrict the imposition of life sentences on juveniles. Howell’s motion could be heard April 21.

Berkeley Bell, who prosecuted the case as district attorney general, sees not an inkblot, but a clear-cut face-off between good and evil.

“It was the highlight of my career as a prosecutor,” said Bell, now retired after 32 years in office. “The whole thing was driven by evil — almost a supernatural-type evil. That sense of evil just permeated the whole thing from start to finish. It infused the defendants, and it empowered them. That’s what I believed then, and my opinion has not changed.

The next time convicted killer Christa Gail Pike engages in a cage match with another murderer, she might want to lose the smack talk.

The state Court of Criminal Appeals on Wednesday ruled that Pike ‘s own words belied her claim that she nearly choked to death one Knoxville killer to save another notorious East Tennessee murderer.

“Her stated intention was to protect” convicted killer Natasha Cornett, Appellate Judge John Everett Williams wrote. “There was ample evidence by her actions and ( Pike ‘s) own words that contradicted this position.”

The appellate court, in upholding Pike ‘s conviction for the attempted murder of Patricia Ann Jones in the Tennessee Prison for Women, also rejected Pike ‘s argument that the Davidson County jury that convicted her was prejudiced by testimony that Pike is on death row.

“Although the unsolicited remark was prejudicial, it was mitigated by the setting in which these events took place,” Williams wrote. “The inmates of the maximum security wing of the Tennessee Prison for Women are generally considered to have attained their status through other than innocent and meritorious means.”

Pike , on death row for the 1995 torture-slaying of fellow Knoxville Job Corps student Colleen Slemmer, attacked Jones in 2001 while the pair and Cornett were placed together in a “recreation cell or cage” after a fire-related evacuation of prison cells, the opinion stated.

All three women are among East Tennessee’s most notorious killers.

Jones is serving life plus 40 years for killing 84-year-old Alberta Coker during a robbery at Coker’s East Fifth Avenue home in 1995. Like Pike , Jones had come to Knoxville via the Job Corps program. Jones stabbed Coker 77 times so she could steal jewelry and corn, which she traded for $50 worth of cocaine.

Natasha Cornett was the ringleader of a crew of Kentucky teenagers who kidnapped a Powell family from a rest area in Greene County in 1997. The teenagers took Vidar and Delfina Lillelid and their two children, 2 and 6, to a remote area and shot them. Only the toddler survived. She is serving life without possibility of parole.

According to the appellate court opinion, Jones had a beef with Natasha Cornett and has a reputation for fighting other inmates.

“I just want to kill her, maybe come up behind her and split her throat or catch her when the police ain’t around and just beat her until I get tired,” Jones said of Cornett in a chat with a prison doctor before the August 2001 incident with Pike .

Despite that, prison guards put Jones, Cornett and Pike together in the recreation cage because of a fire at the prison on Aug. 24, 2001.

Pike came armed with a shoelace-like string, the opinion stated.

“When asked of her intention toward (Jones), ( Pike ) said, ‘I don’t wanna (sic) say that I intended to kill her but I would say that I didn’t care if she died,’?” the opinion stated.

In a telephone conversation with her mother after the incident with Jones, Pike described what happened after the trio was locked inside the cage.

“Patricia was running her (expletive) mouth to Natasha,” Pike said in the tape-recorded phone call. “And she is constantly doing it, you know. I hate that (expletive).”

Pike told her mother than Jones raised her fist as if to hit Natasha Cornett.

“I said, ‘Oh, (expletive) no!’?” Pike said. “And I wrapped that shoestring around her (neck) and tried to choke the (expletive) life out of her. She was passed out on the ground, Mama, twitching, foaming at the mouth. Her eyeballs were bugged out so far her eyelids were flipped up.”

According to the opinion, Pike explained to her mother that she now knows “the difference between premeditated murder and what happened to (Slemmer) ’cause I premeditated the (expletive) out of this. If I’d of had 30 more seconds, we’d have a little chalk line out there in our rec pen and that (expletive) would be gone somewhere.”

Pike is currently on her last round of appeals of her convictions in the Slemmer slaying. A hearing on that appeal is set for September in Knox County Criminal Court.