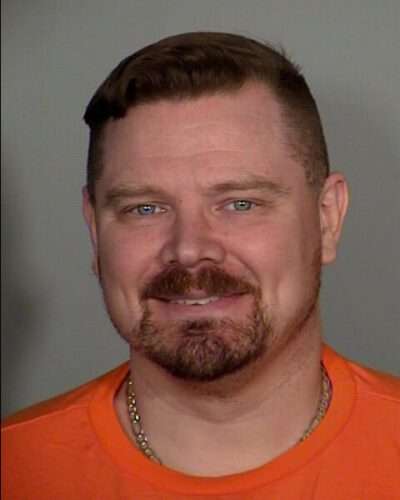 In February 2002, Jessica Nelson discovered money missing from her room.   She suspected that Mark Mathes, another resident of the home, had taken it.   She called Sean Gaines and told him of her suspicion;  Gaines instructed her to call back when Mark returned home.

¶ 3 Following the conversation, Nelson told Bruce and Marie Mathes, the owners of the home, that Gaines and “the boys”-Jeremy Johnson and Patrick Bearup-were going to confront Mark about the missing money.   Bruce and Marie expected Mark to receive a “butt whooping” when Gaines, Johnson, and Bearup arrived.   Bruce asked Nelson to retrieve a ring he had previously given Mark as a present.   When Mark returned home that evening, Nelson called Gaines and told him that Mark was back.   She then alerted Bruce and Marie that “the boys” were coming, so Bruce left the residence with his daughters.

¶ 4 After receiving Nelson’s call, Gaines and Johnson armed themselves and left for Nelson’s house.   According to Johnson, they brought weapons because they “knew there was going to be a confrontation” and they were going “[t]o take care of business.”

¶ 5 On the way, Gaines and Johnson stopped at a convenience store to meet Bearup.   As the men got back in their cars, Bearup proclaimed, “Let’s go play, boys.”   Johnson understood this statement to mean they were going to “[c]ause trouble.”

¶ 6 The three men got out of their vehicles and approached the Mathes home.   Gaines carried a loaded shotgun, Johnson had an aluminum baseball bat, and Bearup had a folding knife with a nine-or ten-inch blade.   They advanced across the backyard toward Mark, who was sitting on the rear patio with Nelson.

¶ 7 Bearup, Johnson, and Gaines surrounded Mark.   Johnson attacked Mark with the baseball bat, striking him in the head and upper torso as many as twenty-five times.   Bearup maintained his location throughout the assault, preventing Mark from leaving.

¶ 8 The witnesses disagreed about whether Mark was alive following the beating.   Nelson was certain that Mark was killed on the patio, while Johnson claimed that Mark was still conscious and groaning.   After the attack, Johnson and Bearup dragged Mark to one of the cars and stuffed him in the trunk.   Bearup kicked Mark’s head to make him fit into the trunk.

¶ 9 The four perpetrators got into two vehicles-Bearup and Nelson in Bearup’s car and Johnson and Gaines in the vehicle containing Mark’s body-and drove to an isolated area near Crown King.   Johnson testified that he heard Mark mumbling and moaning in the trunk during the drive.

¶ 10 When the cars stopped on Crown King Road, Bearup pulled Mark from the trunk.   Gaines and Nelson stripped him to make the body more difficult to identify.   Nelson was unsuccessfully attempting to remove Mark’s ring when Bearup approached and cut off the finger with a pair of wire clippers.   Mark was then thrown over the guardrail and, as he lay in the ravine below, Gaines shot him twice.

¶ 11 The assailants then returned to their vehicles and departed for Phoenix.   Bearup stopped at a gas station and then drove Nelson home.   Once there, Nelson returned the ring to Marie, and Bearup told Marie that she did not have to file a missing person’s report because Mark would never be found.

¶ 12 In February 2002, Bearup told his ex-wife, Sheena Ramsey, that he had gone with friends to beat up a man who had stolen a ring, but the person was killed and he helped dispose of the body.   Bearup also told an ex-girlfriend about the killing.   She overheard Bearup laughing as he talked about cutting off the victim’s finger, and he seemed amused when he told her about the act.

¶ 14 At trial, Bearup presented alibi and mistaken identity defenses.   The jury convicted him of first degree murder and kidnapping and found both the (F)(2) and (F)(6) aggravating factors.   The jury determined that the mitigation was not sufficiently substantial to call for leniency and returned a verdict of death for the murder.   This automatic appeal followed.   See Ariz. R.Crim. P. 31.2(b).  We have jurisdiction pursuant to Article 6, Section 5(3) of the Arizona Constitution and A.R.S. § 13-4031 (2001).