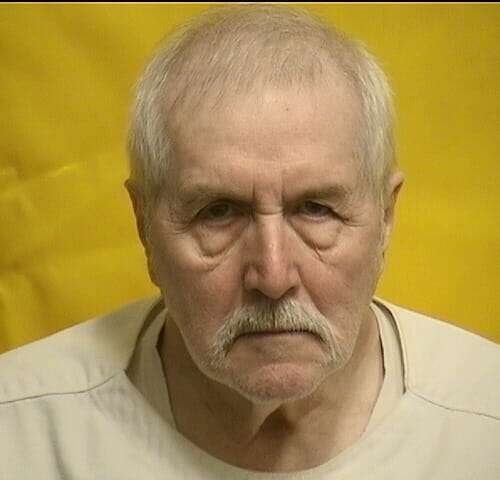 Lynch lived alone in an apartment in Cincinnati.   Mary Jennifer Love, a six-year-old girl, lived with her family in a neighboring apartment building and often played in the common area of the apartment complex.

{¶ 3} On June 24, 1998, Lynch invited Love into his apartment, and they watched TV and ate popcorn.   Lynch asked to see Love’s genitals, and he took off her clothes.   Lynch kissed and touched Love’s genitals, and she started to scream.   He then strangled Love, placed her body in his bathtub, and put his finger into her vagina.   Lynch put Love’s body into a cardboard box, put the box into his van, and dumped Love’s body in a nearby wooded area.

{¶ 4} Lynch was convicted of the aggravated murder of Love and sentenced to death.

{¶ 5} In June 1998, Lynch and Love lived in adjoining buildings at apartments on Arborwood Drive.   Lynch met Love about one year earlier when she had “handed him flowers in the parking lot” of the apartment complex.   Love and other neighborhood girls would sometimes play in Lynch’s apartment building in bad weather.   Love was described as a “very sweet little girl” who made friends easily and did not consider anybody a stranger.

{¶ 6} On June 23, 1998, Lynch spent 40 to 45 minutes talking to Love on the inside stairway in front of his apartment.   Lynch was seated on the steps, and Love was standing in front of him.   According to Lynch’s confession, “at one point * * * he lifted her up, and when he lifted her up, he leaned back and [while] holding her on an angle * * * her vaginal area was right in his face.   And * * * when that happened, he became very excited and he obtained an erection.”

{¶ 8} According to Lynch’s confession, around 4:00 p.m., Love entered Lynch’s apartment building and Lynch invited her into his apartment.   Lynch and Love sat on the floor, watched TV, and ate popcorn.   Lynch told Love that he loved her, she gave Lynch a kiss on the cheek, and “that’s when the feelings all started,” meaning that he got an erection.

{¶ 9} Lynch rubbed Love on the back, kissed her on the neck, and touched her belly button.   They moved to his bedroom, and Love sat on the bed.   Lynch asked Love if he could “see it,” and she pulled her swimming suit to the side to show her genitals.   Lynch started “licking * * * and kissing” her genitals, and his tongue went inside her vagina “a little.”

{¶ 10} Love started screaming after Lynch touched and kissed her.   Lynch told Love not to be afraid and asked her whether he “could see her out of the bathing suit.”   Lynch then “took the swim suit off of her,” and she was completely naked except for her shoes and socks.   When Love started screaming again, Lynch strangled her by putting his hands around her neck and squeezing for “approximately * * * three minutes.”

{¶ 11} After strangling her, Lynch carried Love into the bathroom and put her in the bathtub.   Lynch poured some water into her mouth, and “she gasped and * * * the water went down in her lungs.”   Lynch concluded that Love was dead.   He placed his finger into her vagina and then “started feeling bad about what * * * [he had] just done.”

{¶ 12} Lynch went into the kitchen, found a garbage bag, and placed it over Love’s head so that he “couldn’t see her face.”   Lynch then took Love’s body out of the bathtub and placed her inside a cardboard vacuum cleaner box.   Around 5:00 p.m., Lynch left his apartment carrying the cardboard box with Love’s body inside.   Lynch put the box inside his van and started “riding around looking for some place to dump her body.”

{¶ 13} Lynch dumped Love’s body in an isolated and wooded area off Breezy Acres Drive, located one and one-half to two miles from Lynch’s apartment.   Lynch carried the box with Love’s body into an area 60 to 70 feet from the road, removed her body from the box, and placed it under a rug that “just happened to be * * * laying [sic] back there.”   Then, Lynch dumped the cardboard box and Love’s shoes and socks in a nearby dumpster.   Lynch disposed of Love’s swimming suit and shorts at another dumpster in Hamilton, Ohio. Shortly after 8:15 p.m., Lynch returned to his apartment.

{¶ 14} Around 7:30 p.m. on June 24, Carol Williams, the victim’s mother, went looking for Love after she had failed to show up for dinner.   After Williams and other family members could not find Love, Williams notified the police around 9:00 p.m. that her daughter was missing.

{¶ 15} Around 10:00 p.m. on June 24, police began their search for Love. Additionally, many apartment residents searched for Love around the apartment complex and in a nearby wooded area.

{¶ 16} Lynch joined the search after noticing that people were looking for Love around the apartment complex.   During the search, Lynch mentioned to his neighbor, James Doyle, “It’s a shame this has happened,” and “I wonder where she could have roamed off to.”

{¶ 17} On June 26, as the search for Love continued, FBI Special Agent Tracey Heinlein interviewed Lynch as part of a neighborhood canvass.   Lynch stated that his last contact with Love was on June 23 when he said hello to her in  the parking lot.   However, a neighbor told police that on June 23, he saw Lynch talking to Love on a stairway near Lynch’s apartment.

{¶ 18} On June 27, Detective Thomas Corbett interviewed Lynch about discrepancies in his statement to Heinlein.   At Corbett’s request, the interview was conducted at the police station, where Lynch completed a timeline detailing his whereabouts on June 24.

{¶ 19} On June 27, Detective Dennis Goebel recognized Lynch when Lynch arrived at the police station.   While Lynch was being interviewed, Goebel retrieved police records showing that Lynch had a prior conviction for contributing to the delinquency of a minor for exposing himself to two young girls.

{¶ 20} After Corbett learned about Lynch’s criminal history, Lynch was advised of his Miranda rights and waived those rights.   During questioning, Lynch admitted having “a conversation with Mary Love” on the steps inside his apartment building.   He admitted grabbing Love while he was seated on the steps, picking her up, becoming very excited, and getting an erection.   After police completed their interview, Lynch, who was not under arrest, drove back to his apartment.

{¶ 21} On July 3, police reinterviewed Lynch.   After police again advised Lynch of his Miranda rights, and he again waived those rights, Lynch denied that he knew anything about Love’s disappearance.   As Lynch’s interview proceeded, the police mentioned the need to find Love, the need for the family to grieve properly, and the need for Love to have a proper burial.   Lynch then told the police, “She’s on Breezy Acres.”

{¶ 23} Lynch provided police with detailed directions on where to find Love’s body.   He told them, “I put a bag over her head and she’ll be wrapped and rolled in a carpet in a wooded area off the highway.”   Lynch told police, “Stop right here,” when they came to the location of Love’s body.   He pointed through the car window and said, “It’s right inside the trees, you’ll find a carpet.”

{¶ 24} Following Lynch’s directions, police went into the woods and found Love’s skeletal remains underneath a carpet.   A maggot-filled plastic garbage bag was covering the skull.   While Lynch was in the police car at the scene, he told police, “I strangled her.   I didn’t mean to do it.   I’m sorry.   I need help.   I’m sorry I lied to you.”

{¶ 25} Police returned with Lynch to police headquarters after discovering Love’s remains.   Lynch provided a taped, detailed account of the murder and  signed the transcript of his taped confession that reflects the facts already described.

{¶ 26} Police searched Lynch’s apartment and found “an assortment of children’s toys, stuffed animals * * * in the bedroom closet on the shelf.”   A box of popcorn and a roll of black plastic garbage bags were found in the cupboard.

{¶ 27} After examining Love’s remains, Dr. Robert Phalzgraf, Chief Deputy Coroner for Hamilton County, determined that Love was a homicide victim.   Because Love’s skeletal remains were “perfectly intact” and because of her age, Phalzgraf was able to rule out a “gunshot wound, stab wound, blunt trauma, [or] being struck by a hard object” as the cause of death.   Phalzgraf concluded that Love’s “cause of death was * * * asphyxia.”

{¶ 28} The defense presented no evidence during the guilt phase.