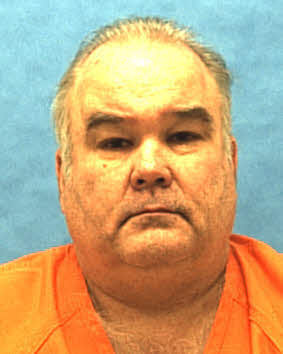 Leanne Coryell was a clinical orthodontist assistant and left work at
8:38 p.m. on the evening of August 19, 1997. She then went to a grocery
store and left the store at 9:23 p.m. Her body was discovered at 10:30
p.m. floating in a pond on the property of St. Timothy’s Church.
Forensic
investigation determined that Coryell died from manual strangulation
and had wounds that suggested impact from a blunt weapon.

Also, vertical scrapes on her back suggested
that she was dragged to the pond. Two unusually shaped bruises on
Coryell’s buttocks led forensic experts to conclude that she was beaten
with her own belt prior to death.

Coryell’s body also showed
internal and external injuries to the vagina, consistent with
penetration. Her clothes were found on a nearby embankment and
impressions were taken of shoe prints found near the clothing.
Coryell’s
black Infiniti was in the church’s parking lot with the keys in the
ignition and the engine still warm. Police were able to life a
fingerprint, later matched to Ray Johnston, from the exterior of the
car.
ATM surveillance photos showed a person withdrawing $500 from
Coryell’s bank account and these photos were given to the news media,
which aired them. A friend of Ray Johnston saw the photos and called
police. Based on telephone calls identifying Johnston, police obtained a
search warrant for his apartment and found a pair of wet tennis shoes
and shorts.

The imprints from the tennis shoes matched three partial impressions from the crime scene.

Johnston
saw his photo on television and volunteered to give a statement to
police. In the statement, he told police that he was a friend of Coryell
and that they had gone out to dinner a few times. According to
Johnston, he withdrew the money from Coryell’s account to repay a loan
she had obtained from him.
Johnston justified the wet shoes found by police by saying that he had jumped in a hot tub, shoes and all, after a run.
Johnston
also called a pen pal and asked her to provide a false alibi for him,
by telling his attorneys that she was working out with Johnston on the
night of the murder.