Minnie Ruth McCollum managed a Handy-Way store in Palatka, and Randolph was a former employee of the same store. Shortly after 7 a.m. on August 15, 1988, Terry Sorrell, a regular customer, and Dorothy and Deborah Patilla, custodians of the store, observed Randolph, wearing a Handy-Way smock, locking the front door. When the Patillas inquired about Mrs. McCollum’s whereabouts and why the store was locked, Randolph told them that Mrs. McCollum’s car had broken down and that she had taken his car. He indicated that he had repaired her car and was leaving to pick her up. Randolph then drove away in Mrs. McCollum’s car.

The women tried the door and, finding it locked, peered in through the window. They saw that the security camera in the ceiling was pulled down; wires were coming out of the trash can, which had been tipped over; the area behind the counter was in disarray; and the door to the back room, normally kept open, was almost completely closed. Thinking that something was awry, they called the sheriff’s office.

After breaking into the store, a deputy found Mrs. McCollum lying on her back, naked from the waist down, with blood coming out of the back of her head and neck. She was breathing and moaning slightly. The deputy also observed a knife beside her head. Paramedics transported Mrs. McCollum to the hospital.

Dr. Kirby Bland, a general surgeon, testified that Mrs. McCollum arrived at the *333 emergency room comatose, and with her head massively beaten and contused. She had multiple skin breaks and skin lacerations about the scalp, face, and neck and her left jawbone was fractured. Dr. Bland indicated that Mrs. McCollum had knife lacerations to the left side of her neck that caused a hematoma around the heart. There was also a stab wound in the area of the left eye. Dr. Albert Rhoten, Jr., a neurologist, testified that in twenty years of neurosurgical practice he had not seen brain swelling so diffuse, and he likened it to someone who had been ejected out of a car or thrown from a motorcycle and received multiple hits on the head. Mrs. McCollum died at the hospital six days after the assault.

After leaving the Handy-Way, Randolph drove Mrs. McCollum’s car to the home of Norma Janene Betts, Randolph’s girlfriend and mother of their daughter. She testified that he admitted robbing the Handy-Way store and attacking Mrs. McCollum. He told her that he was going to Jacksonville to borrow money from the manager of a Sav-A-Lot grocery store and cash in lottery tickets. He promised to return to take Betts and their daughter to North Carolina.

Betts also testified that while they lived in North Carolina Randolph was a “nice young man” and was employed. After they moved to Palatka, he began socializing with the wrong crowd, became addicted to crack cocaine, and changed altogether. On the morning of the incident, she testified, Randolph did not appear to be under the influence of crack cocaine, but she did not know whether he had taken any cocaine between 11 p.m. the night before and 6 a.m. the morning of the incident.

Randolph was arrested in Jacksonville at a Sav-A-Lot store, while waiting for the manager to advance him some money. After waiving his rights under Miranda v. Arizona, 384 U.S. 436, 86 S. Ct. 1602, 16 L. Ed. 2d 694 (1966), Randolph gave a statement to two Putnam County detectives. Detective William Hord testified that Randolph had said he had ridden his bicycle to the Handy-Way store with a toy gun, which he hid behind the store. He said he knew the routine at the store, having worked there, and knew there should be approximately $1,000 in the safe. He planned to enter the store unseen, open the safe, remove the money, and leave while the manager was outside checking the gas pumps. However, the manager returned and saw him. He rushed her, she panicked, and a struggle ensued. Randolph indicated that she was “a lot tougher than he had expected,” but that finally he forced her into the back room where he hit her with his hands and fists until she “quieted down.”

Randolph tried unsuccessfully to open the store safe. When Mrs. McCollum started moving again, he approached her. He said that she pulled the draw string out of his hooded sweat shirt, which he then wrapped around her neck until she stopped struggling. Randolph then found a slip of paper with the combination of the safe. Unsuccessful in opening it, he took the store’s lottery tickets.

At this point, the victim started screaming. Randolph again struck her until “she hushed.” Because she continued to make noises, Randolph grabbed a small knife and stabbed her. He again grabbed the string and “tried to cut her wind.” To make it appear as if “a maniac” had committed the crime, Randolph said he then raped her. He put on a Handy-Way uniform, grabbed the store video camera out of its mount and put it into the garbage. He took Mrs. McCollum’s keys and locked the store before leaving in her car.

On the way to Jacksonville, Randolph stopped at several convenience stores where he cashed in winning lottery tickets and discarded the losing tickets, and at a McDonald’s where he disposed of his bloodstained clothing and shoes. The sheriff’s detectives recovered the lottery tickets and articles of clothing when they returned to Putnam County with Randolph.

During the penalty phase, the state called the medical examiner, who testified that Mrs. McCollum died as the result of severe brain injury. He also described the *334 extensive bruises to Mrs. McCollum depicted by a series of photographs. 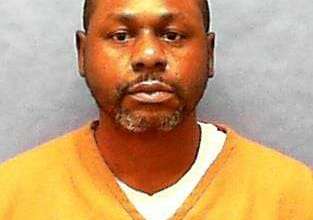 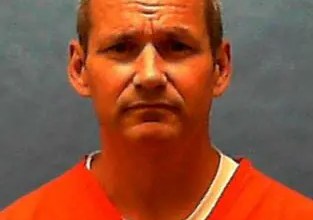 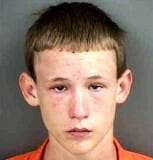 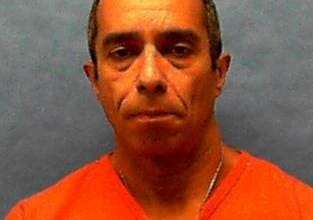