An 8-year-old girl who wanted to spend Wednesday afternoon swimming was brutally shot to death by the estranged husband of her father’s girlfriend, authorities say.

The Spartanburg County Sheriff’s Office plans to charge 50-year-old Ricky Lee Blackwell, of 248 Ridings Road, with murder and kidnapping once he recovers from surgery.

Officials said Blackwell grabbed the child, put her in a headlock and shot her once in the head not far from his double-wide mobile home. The man proceeded to shoot her at least three more times as she was falling to the ground, and perhaps while she was on the ground, Spartanburg County Coroner Rusty Clevenger said.

The tragedy occurred about 3 p.m. on 244 Ridings Road — a narrow road in a rural area of Spartanburg County not far south of Highway 11 between Chesnee and New Prospect. A few mobile homes are the only dwellings on the road.

Blackwell and his wife used to live together on Ridings Road, though the two are now separated. Their adult daughter lives in a unit nearby, at 244 Ridings Road — the scene of the crime.

“When she got here, her estranged husband showed up — he lives next door — I don’t know if he saw her pull in, if he knew she was coming or what,” said Master Deputy Tony Ivey with the Sheriff’s Office said. “That’s when everything took place.”

Heather Brooke Center, 8, of 981 Lightwood Knot Road in Woodruff, died from a gunshot wound to the head, Clevenger said. He called the shooting “heinous.”

Deputies were dispatched to the scene just before 3 p.m., a criminal domestic violence call.

They arrived and saw the girl, Heather, lying facedown in a driveway. She had a gunshot wound in one leg, a pool of blood in the center of her back, and blood coming from her right ear, according to an incident report. She did not show any signs of life.

Witnesses said Blackwell fled into the nearby woods. Investigators arrived and began searching for him.

Blackwell emerged and shot himself in the side, Sheriff Chuck Wright said. When asked whether that was an attempt at suicide, Wright said he thought so.

“Once our officers got on the scene, people here, at the home, began to point in the direction of Ricky’s home and said, ‘He’s that way.’ That’s when deputies began sweeping the area,” Ivey said.

Deputies had their guns drawn and ordered the man to drop his weapon. He wouldn’t, Ivey said. They did not fire at Blackwell, Wright said.

Late Wednesday, Blackwell was just out of surgery. Wright said investigators wanted to make sure he was fully coherent before they interviewed him so there would be “no excuses” later on.

How long Blackwell and his estranged wife have been separated wasn’t immediately clear.

“It’s a bad scene,” Wright said. “You have a baby who is deceased who had nothing to do with it. It’s pitiful.”

Neighbors, who asked not to be identified, said they rarely heard any commotion from the residences over on Ridings Road.

“He must have just lost it,” one neighbor said. “I really don’t know why he done what he done. But in my mind, Ricky has always been a fine man.” 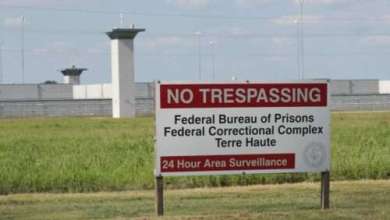 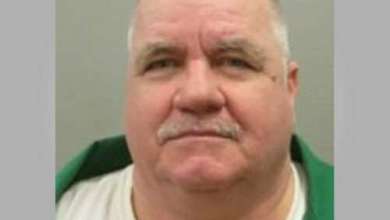 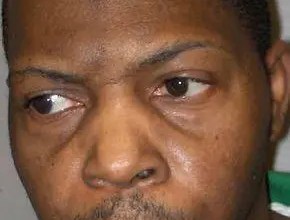 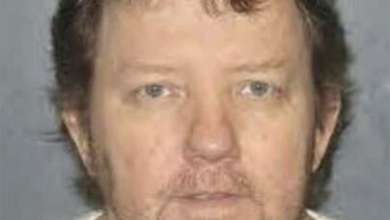