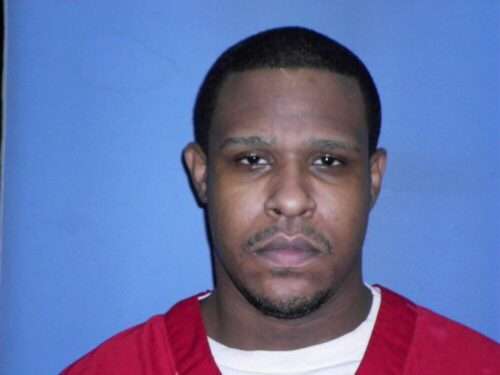 On the morning of November 7, 2004, Walter Davis and his son entered the Crossroads Grocery, where they discovered the body of the owner, Reuben Britt. They immediately called 911, and Grenada County Sheriff’s Department Investigator Greg Conley responded.

¶ 3. During his initial investigation at the scene, Investigator Conley observed that some of Britt’s wounds appeared to have been made by a projectile, and others by pellets, suggesting to Investigator Conley that two different weapons were involved. Missing from the store were a cash register, some cash, and a .38 caliber revolver loaded with “rat shot.” Also during his initial investigation, Investigator Conley received information suggesting that a vehicle owned by Terry Pitchford matched the description of the car used by Britt’s assailants, and that Pitchford had been part of a previous attempt to rob the Crossroads Grocery.

¶ 4. At Pitchford’s home, Conley found a car matching the description of the one involved in the homicide at the Crossroad’s grocery. After a search of the vehicle produced the missing .38 caliber revolver, Pitchford was taken into custody.

¶ 5. On November 7 and 8, 2004, Investigator Conley and Investigator Robert Jennings of the local district attorney’s office interviewed Pitchford. During those interviews, Pitchford confessed that he and Eric Bullin had gone to the store with the intention of robbing it. Pitchford stated that Bullin had shot Britt three times with a .22 caliber pistol, and that he (Pitchford) had fired shots into the floor. Pitchford also confessed that he had attempted to rob the same store a week and a half prior to the murder on November 7. Pitchford also confessed his role in the murders to fellow inmates Dantron Mitchell and James Hatchcock.

¶ 6. On January 11, 2005, the Grenada County Grand Jury indicted Pitchford for capital murder. After he was appointed counsel, he was arraigned on February 9, 2005, and jury selection commenced on February 6, 2006. Of the 350 registered voters of Grenada County who were summoned to a special venire, 126 returned jury questionnaires and appeared upon their summonses. Of these, forty were African-American, eighty-four were Caucasion, one was Hispanic, and one did not provide race information.