Baton Rouge police believe a man on death row in Texas was the killer in a 1999 shooting death of an LSU student, linking him to the crime almost two decades later through DNA evidence.

Investigators on Tuesday issued a warrant for Travis Green, 49, after his DNA was matched to a glove found at the scene of the 1999 shooting death of 19-year-old Kassie Federer. Green is currently on death row in Livingston, Texas, for another slaying, that of a 19-year-old woman killed in Houston days before Federer’s death in Baton Rouge, said police spokesman Sgt. Don Coppola Jr.

“It’s been a long time coming,” said Warren Federer, her father. “It’s a big burden off of us. We know he’s not going to be out there doing that to somebody else’s daughter.”

Her mother, Debby Durapau, also said the breakthrough in the case is a relief, especially after almost 20 years.

“I appreciate everybody working on it, even the news media,” Durapau said. “I do feel like this is closing this part, but nothing’s going to ever close the hole in my heart.”

Kassie Federer was found in her Park Boulevard apartment on Sept. 13, 1999 with the door left ajar. Investigators believe her killer busted through the apartment’s dead-bolted door, chased her until firing multiple gunshots, one fatally striking her in the abdomen. Except for her missing backpack and two bullet holes in the wall, nothing else was awry in the apartment, officials have said.

While detectives released a sketch of an unknown man seen at the apartments in the early 1990s and at one time named another man living in the apartments a suspect, no leads panned out over the last two decades. In 2014 the Baton Rouge Police Department’s Cold Case Unit — now defunct — tested a piece of evidence from the 1999 scene and found a new unidentified DNA profile. Detectives at the time called that a significant development, according to a 2014 story in The Advocate.

According to the warrant filed Tuesday, detectives found a glove in Federer’s apartment that her roommate told police did not belong to either of the young women. A DNA profile was found on the interior of the glove, the warrant says.

However, the State Police Crime Lab did not find any matches from the DNA in 2014, said State Police spokesman Trooper First Class Bryan Lee. But a recent update to searching parameters for the FBI’s DNA database, along with the growing number of DNA profiles included, finally led to a match in August.

With that information, Coppola said, Baton Rouge detectives obtained a DNA swab from Green on Oct. 3, and on Tuesday, the crime lab confirmed the match.

Green is on death row in Texas after he was convicted in the Sept. 2, 1999 rape-slaying of Kristin Loesch in Houston, 11 days before Federer was fatally shot, records show. A 2007 Houston Chronicle article says Green was also found to be the perpetrator in the 1988 slaying of an 82-year-old woman in west Houston. Margaret McGinnis was sexually assaulted and strangled on July 13, 1988 in her home, the article says.

Authorities have said there is no evidence Federer was sexually assaulted.

DNA evidence was used to link Green to all three crimes, reports say. According to the Texas Department of Corrections, an execution date for Green has not been scheduled.

East Baton Rouge District Attorney Hillar Moore III said there are no plans at this time to bring Green to Baton Rouge for prosecution.

“He has a death sentence; Texas is not going to release him,” Moore said Tuesday. “If by chance he were to ever be released, pardoned, by appeal, overturned, … we would take custody here, but I do not anticipate that.”

Coppola said Baton Rouge investigators were able to name Green as the suspect in this cold case only with the assistance of Louisiana State Police Crime Lab, the Texas Rangers, the Texas Department of Corrections and the Houston Police Department. The Baton Rouge warrant for Green alleges first-degree murder and aggravated burglary. 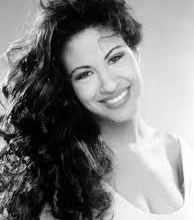