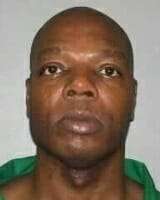 Joanne Dubose, a fifty-three year old Manning school teacher, was last seen alive on Monday, June 2, 2003.   When Dubose did not answer telephone calls for several days, a friend went to check on her Wednesday evening, June 4, 2003, and found Dubose lying on her bed, face up, with blood running off the side of her face.   The friend called 911, and police arrived to find Dubose dead, with a sheet tied around her neck, and her right arm tied down;  her legs were spread under the sheet, her tongue was protruding from her mouth, and her face was beginning to decompose.

In the early morning hours of June 5, 2003, Woods was arrested in connection with a burglary the previous evening of the residence of Linda Taylor, another Clarendon County woman.1  A shoeprint impression taken from the shoes Woods was wearing at the time of his arrest was ultimately determined to be consistent with a shoeprint lifted from the floor of Dubose’s bedroom.   DNA testing on the mattress pad and sheet from Dubose’s bed revealed semen which matched Woods’ DNA profile.   A pathologist determined Dubose died from asphyxiation due to strangulation, and that she had been dead for approximately two days, indicating she died on June 3, 2003.   The pathologist found no evidence of sexual trauma, but testified decomposition could have affected the ability to detect such trauma.

Woods was indicted and charged with murder, first degree burglary, and first degree CSC. The state sought the death penalty based upon the aggravating circumstances of burglary and criminal sexual conduct.   Woods’ first trial, utilizing a jury pool from Marion County, ended in a hung jury and a mistrial in September 2006. Upon retrial in December 2006, a jury was selected from Clarendon County, and Woods was convicted on all counts;  the jury recommended a sentence of death.