Trooper Eric Nicholson, while patrolling I-85 in the Greenville area, called to inform the dispatcher that he was going to stop a moped.   After Nicholson activated his lights and siren, appellant, who was riding the moped, did not immediately stop.   Two other troopers subsequently heard Nicholson scream on the radio and they rushed to the scene whereupon they found Nicholson had been shot five times.   The driver’s side window of Nicholson’s car was completely shattered.   Both of his pistols were secured in their holsters.   Eight shell casings were found at the scene.

There were several eyewitnesses to Nicholson’s murder.   Witnesses recalled seeing a moped being followed by a trooper with activated lights and siren.   The moped took the off-ramp to leave I-85 and then took a right down a frontage road.   As the two vehicles got on the frontage road, the trooper sped up to get beside the moped and then veered to the left to stop at an angle against a raised median in order to block the moped’s progress.   The moped came to a stop close to the driver’s side window.

After the shooting, some concerned citizens (the Wheelers) chased appellant.   Appellant entered a parking lot and then jumped into the passenger’s seat of a Jeep, driven by a woman.   The Wheelers subsequently called in the tag number to police.

Once law enforcement officers began chasing the Jeep, appellant opened fire on the pursuing officers.   One officer was struck in the face by a bullet fragment.   He survived the injury.   After subsequently hijacking a truck, appellant was eventually stopped and taken into custody.

The jury convicted appellant of murder and possession of a weapon during the commission of a violent crime and sentenced him to death. 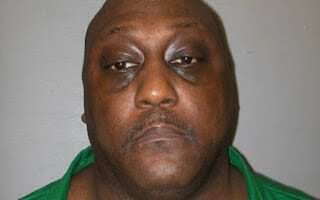 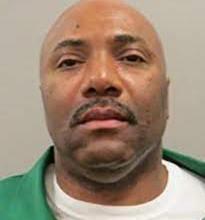 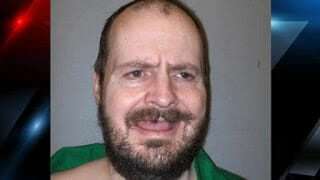 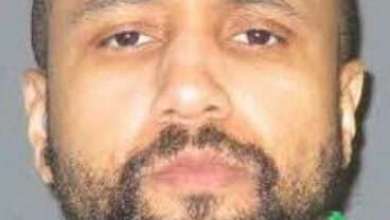