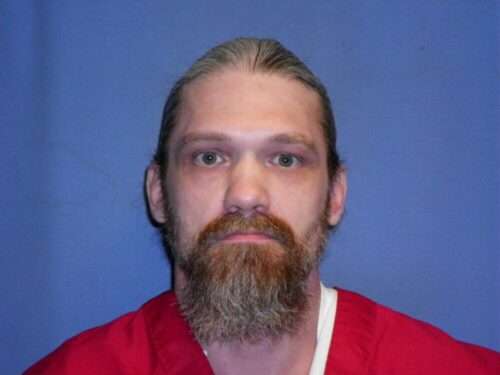 On May 5, 1996, the body of seventy-eight-year-old Minnie Smith was discovered by her son-in-law.   The police investigation revealed that Smith had been stabbed to death, apparently in the course of a burglary of her home.   Law enforcement officers interviewed neighbors within a radius of several miles, before eventually focusing their attention on Blayde Grayson.

¶ 4. On March 23, 1995, Grayson had pled guilty to grand larceny and to the reduced charge of knowingly receiving stolen property in connection with burglaries apparently committed in the area of the Smith home.   He was sentenced to two three-year terms to be served concurrently and transferred to the Mississippi Department of Corrections (MDOC) Restitution Center Program in neighboring Jackson County, with the understanding that a failure to complete the program would result in his being placed in the general MDOC population without any further orders from the court.   According to documents filed with the court, Grayson later walked off of a work detail, and a warrant was issued for his arrest on January 19, 1996, for probation violation.

¶ 5. Soon after the murder, Sheriff George Miller of George County contacted law enforcement officials in Florida in an attempt to locate Grayson.1  Miller soon learned that law enforcement officials in Escambia County, Florida, were also seeking Grayson in connection with three armed robberies committed in Florida in May of 1996.   Sheriff Miller later indicated that Grayson became a suspect because of his prior crimes and because his home prior to incarceration was “a very short distance” from Minnie Smith’s home. On May 17, 1996, the Escambia County sheriff’s department called Miller to inform him that Grayson was in custody.   Sheriff Miller traveled to Florida that afternoon, accompanied by Houston Door and John Miller of the Mississippi Highway Patrol and Chief Investigator Al Hillman of the George County sheriff’s office.   When Sheriff Miller arrived in Escambia County, he began interviewing Grayson,2 after having him sign a waiver of his Miranda rights.   Although he had earlier requested to speak with law enforcement personnel from George County, Grayson apparently changed his mind after Sheriff Miller began the interview.   The transcript of the hearing on the motion to suppress Grayson’s confession contains the following exchange:

Q. All right.   Now, that is about-what-about a quarter of the way into the interview?

Q. And he tells you at that point he wants to talk to his lawyer?

Q. All right.   Now did you continue to question him after that, Sheriff?

Q. All right ․ answered, “no, sir, not really” and what was your response to that, Sheriff?

A. Okay. The Sheriff from Escambia County, you were wanting to talk to us. [sic] We’re over here to talk with you.

Q. And Mr. Grayson’s response is, “I was going to deal with you all when I got down there and got my lawyer”.   Is that correct?

Q. And what is your response to that, Sheriff?

A. Sheriff-this is a situation were you going to-

Q. Just on the green part is where I’ve highlighted where you are speaking, Sheriff.

A. “We need to establish where you were at-you’re not willing to risk that.   We need”-

A. “This is a situation where you are going to confirm with him before you talk to us about the matter?   That is correct”.

A. Sheriff-“you have not been in George County, is that correct”?

A. “Have you got witnesses to that, is that correct?”

¶ 6. At that point, the State interrupted the line of questioning, and after some discussion, Grayson simply offered the transcript into evidence.   In later testimony, Sheriff Miller basically conceded that Grayson asked for a lawyer four times in the space of about four minutes before the interview ended.

¶ 7. The Florida interview ended on the night of May 17, 1996, and then Sheriff Miller transported Grayson back to George County that same night.   On Monday, May 20, Miller sought and received an order signed by Judge Ronnie Wilkerson to obtain blood and tissue samples from Grayson.4  On Tuesday, May 21, Grayson (according to the testimony of Officer James Tanner) requested to speak with Sheriff Miller.   Grayson gave a statement to Miller in which he admitted being at the scene of the crime but claimed that an individual named Jason Kilpatrick actually robbed and killed Smith.   Later that afternoon, Grayson accompanied Sheriff Miller and Officer Tanner back to Florida to retrieve a checkbook taken from Smith’s home that had been left in the trailer Grayson shared with Kilpatrick, which Grayson claimed implicated Kilpatrick.

¶ 8. On Thursday, May 23, Grayson repeated his accusations against Kilpatrick in a written statement given during an interview with Sheriff Miller and Inspector Dorr. According to the testimony of Miller and Dorr, this interview was initiated by Grayson.   At the conclusion of this interview, Grayson agreed to take a polygraph test.   That test took place on Friday, May 24, in Jackson.   After the polygraph examiner indicated that Grayson failed the test and accused him of lying, Grayson admitted to killing Smith while robbing her home.   Grayson later repeated that confession to Dorr and on videotape.   The confession was admitted at trial, and Grayson was convicted on August 7, 1996, and sentenced to death by lethal injection.