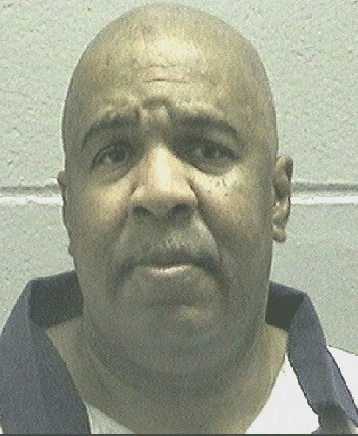 Sparkle Rai’s father Bennet Reid wiped away a tear Thursday evening when he heard the sentence.

Then, it was Clark’s turn to hear his fate. Cleveland, who had made several outbursts during the two-week trial and sentencing hearings, was led into the courtroom in shackles.

Judge T. Jackson Bedford then repeated the sentence with Cleveland present. This time, Clark showed little emotion until he was led out of the courtroom. He glared at the jury.

The same Fulton County jury that last Friday convicted Clark of murdering Rai, decided Thursday he should die by legal injection. Cleveland, 52, stabbed and strangled Rai with a vacuum cleaner chord in front of her crying 6-month-old daughter for $10,000.

“I feel like a big burden has been lifted from my shoulders,” Bennet said after the sentencing. “I really believe that Sparkle has seen this happen, and she’s smiling down.”

He and Lowery exchanged hugs with other loved ones in the courtroom.

“I think they truly saw what type of an evil man he really is,” Lowery said of the jury’s death sentence.

Rai’s father-in-law, Chiman Rai, a native of India, wanted Rai dead because he opposed his son marrying an African-American woman. Sparkle, then 22, and Rajeeve “Ricky” Rai had been married a month when she was murdered.

Clark was the last of those implicated in Rai’s death.

Chiman Rai, 68, was sentenced in 2008 to life in prison without the possibility of parole for hiring Clark to kill Sparkle Rai.

Two other men — the links between Chiman Rai and Clark — each were sentenced to 10 months’ probation because they helped prosecutors bring cases against the father-in-law and Clark.

The 6-3, nearly 300-pound Clark’s volatile personality showed Thursday in an obscenity-filled rant that led Bedford to clear the jury and the prisoner from the courtroom.

“I said I didn’t kill no … woman,” Cleveland said, pounding a table with his fist. “What’s wrong with you? I’m sick of this … telling lies on me.”

Asked after the hearing to compare Clark’s death penalty to the life without parole outcome of convicted multiple killer Brian Nichols, Fulton County prosecutor Kellie Hill said Clark “sealed his own fate” with his outbursts.

“The jury got to see the killer that Sparkle got to face,” Hill said.