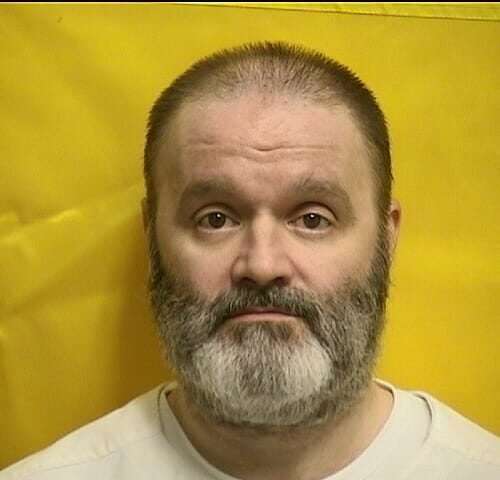 During the early morning hours of August 4, 1988, Amanda Maher was found barely alive near the railroad tracks on the south side of Xenia.   Maher died shortly thereafter while being flown to the hospital.   Defendant-appellant, David L. Myers, who had been seen walking with Maher in the direction of the railroad tracks shortly before her body was discovered there, was indicted for the murder of Maher.   The case was declared nolle prosequi in February 1991.   Two years later, Myers was reindicted for the murder of Maher and was subsequently found guilty of aggravated murder and sentenced to death.

{¶ 2} On August 3, 1988, Amanda Maher, and her boyfriend, Glenn Smith, went to the Five Points Tavern, a.k.a. Leahy’s, in Xenia following an afternoon of house-hunting for themselves and their daughter, Sarah.   The couple had a few drinks and left Five Points at around 7:30 p.m. to attend the Greene County Fair. They arrived back at Five Points around 9:30 to 10:00 p.m., and Smith resumed drinking while shooting pool with Lee Weimer, the bartender on duty.

{¶ 3} Between 10:30 and 11:00 p.m. that night, David Myers arrived at Five Points and played pool and drank with Smith.   Smith recognized Myers as an occasional customer of the tavern from Smith’s work there as a weekend bartender.   During this time, Myers remarked to Smith about the Mickey Mouse shirt Maher was wearing, to the effect that he wanted to play with Mickey’s ears or nose because he liked where they were positioned on the shirt.   Smith admonished Myers that he did not appreciate the remark.   Smith left the bar for about fifteen minutes to get fresh air, then came back and resumed drinking and shooting pool with Myers.

{¶ 4} Sometime after midnight, Smith and Maher left to go to the nearby Round Table bar.   Myers asked to come along, and the three drove over to the Round Table in Smith’s car.   After arriving at the bar, Maher went inside, but Smith “had a few more words” with Myers before they went in.   Smith was upset with Myers about sexual remarks he was making about Maher.   After Myers and Smith went inside, Smith got “kind of rowdy” while drinking whiskey slammers  with Myers.   Teresa Mellotte, the bartender on duty that night at the Round Table, warned Smith to quit or she would ask him to leave.   Smith threw his glass to the floor, and when he refused to leave, Mellotte phoned the police.

{¶ 5} Smith became belligerent with two Xenia police officers, Patrolmen Daniel Savage and Richard E. Rinehart, who arrived on the scene at approximately 1:15 a.m. The officers escorted Smith outside, where Savage handcuffed him and placed him under arrest.   He then explained to Maher what was going to happen with Smith.   Maher asked whether she could have Smith’s wallet, and Smith allowed Savage to retrieve it from his back pocket to give to Maher.   Smith also allowed Savage to retrieve what Smith thought were his car keys.   Maher discovered shortly thereafter that none of the keys she received fit Smith’s car.   At that point, Myers approached Savage and told him, “I will make sure she gets home.   I will take care of her.”   Myers also told Smith in the back of the patrol car, “I will take care of her, Glenn.”

{¶ 6} Savage took Smith to the county jail while Rinehart followed in his patrol car.   Rinehart left the jail at 1:23 a.m. and resumed his patrol duties.   Meanwhile, Maher and Myers reentered the Round Table looking for Smith’s car keys.   Maher borrowed a flashlight from Mellotte in order to look for the keys in the parking lot.   Charles Van Hoose, a bar patron at the Round Table, noticed that Myers had his arm around Maher, reassuring her that he would take care of everything.   When Van Hoose looked out the tavern door while buying another beer, he saw Myers and Maher walk across the tavern parking lot toward Home Avenue.

{¶ 7} Also at this time, Officer Rinehart was in his police car on patrol and saw Myers and Maher walking northwest on the sidewalk along Home Avenue toward South Detroit Street.   He testified that he saw Maher approximately three hundred yards from the spot where she was eventually discovered, barely alive.

{¶ 8} At 2:10 a.m., Lee Weimer looked out the door of the Five Points Tavern and saw Myers, alone, getting into his car and driving away.   Around 2:15 a.m., Myers entered the Round Table, ordered a drink from Mellotte, and went straight to the restroom for several minutes.   Don Hilderbrand was one of the few patrons left in the bar.   Earlier, he had seen Smith break the glass and get arrested.   He also had seen Myers and Maher leave the bar together approximately twenty minutes after Smith’s arrest.   When Myers came out of the restroom, Hilderbrand asked Myers “if he got any [sex]” from Maher.   Myers responded that “he tried, but she wasn’t willing and he just dropped her off.”

{¶ 9} At approximately 3:00 a.m., Jennifer Berry was walking home with a friend when she came upon “a girl laying [sic] on the tracks” gasping for air.   Berry and the friend ran to her house, talked the situation over, and called the  police.   Officer John Waldren was first on the scene after receiving a dispatch for “a female down in the area” of Railroad Street.   The officer called out to her but could only hear moans and groans.   The woman, later identified as Maher, had a shirt pulled up around her neck with no other clothing on.   Officer Savage, who was in the area nearby investigating a burglary, also heard the police dispatch and ran down to the railroad tracks.   Savage did not recognize Maher from his earlier encounter with her at the Round Table bar.   He noticed what he thought was a cinder on the right side of Maher’s face.   He suddenly realized that a railroad spike had been driven into her head.   He also noticed that little blood was coming out of that wound.

{¶ 10} Maher was rushed to Greene Memorial Hospital but died shortly after 6:00 a.m. while being life-flighted to Miami Valley Hospital.   Robert D. Setzer, an agent of the BCI Crime Scene Search Unit, went to the Greene Memorial Hospital, where Maher’s body had been returned, and performed tape lifts on Maher’s hands and pubic area for evidence.

{¶ 11} Dr. Justin G. Krause, the Greene County Coroner, observed most of the autopsy performed by a Dr. Mannarino.   Dr. Krause testified that Maher had sustained two fractures to her jaw as the result of a blunt force injury and noted that some knitted material wrapped tightly around her throat caused an abrasion on her neck.   He further opined that Maher’s forehead wounds were caused by an attempt to drive a railroad spike into her forehead.   The spike driven into Maher’s right temple acted as a plug that permitted only minimal bleeding.   Fingernail mark patterns on Maher’s neck indicated that the perpetrator had sustained an injury to his right ring finger.   Myers suffered such an injury in a motorcycle accident one month prior to the murder.

{¶ 12} During the autopsy, three stones were removed from Maher’s vaginal canal through her abdominal cavity.   The three stones were approximately the same size and measured roughly seven centimeters by four centimeters, and 1/2 centimeter around.   Dr. Krause opined that it was likely that the stones were inserted in Maher’s vaginal canal after she was unconscious.   Maher died of severe head trauma, produced by a penetrating railroad spike through her right temple and attempted strangulation.

{¶ 13} Xenia police apprehended Myers later on the afternoon of August 4, but he denied killing Maher.   Myers claimed that he had last seen Maher on her hands and knees looking for car keys in the Round Table parking lot.   A search of Myers’s Ford Mustang pursuant to a warrant resulted in the discovery of wallets belonging to Maher and Smith, stuffed inside a glove under the front passenger seat.   While Myers was being booked at the county jail, he remarked to Deputy Sheriff Thomas A. Adkins, “Tom, man, cocaine will make you do anything.   It will make you do anything to get it.”

{¶ 14} On August 8, 1988, the grand jury indicted Myers on one count of aggravated murder.   A death penalty specification alleged that Myers had committed the aggravated murder during a robbery.   On February 1, 1991, the prosecuting attorney entered a nolle prosequi on the murder indictment against Myers.   Around one month later, Myers was arraigned on eleven counts of forgery.   On April 22, 1991, he pled guilty to the forgery charges and was sentenced to three years in prison.

{¶ 15} After the nolle prosequi, Greene County authorities continued investigating the Maher murder case.   On February 12, 1993, Myers was arraigned upon reindictment in the Maher murder on a charge identical to that declared nolle prosequi in February 1991.   Over the next few years, Myers’s case was continued repeatedly at his request.   The trial court overruled several defense motions to dismiss the case on speedy trial grounds.

{¶ 16} Finally, on January 9, 1996, a jury trial began, which lasted nearly a month.   At trial, Mark Timmons, a fellow inmate of Myers in 1989, testified that he had overheard Myers discussing his case with another inmate at the county jail.   In two conversations, Myers had talked of being with Maher around the railroad tracks.

{¶ 17} David Tincher was incarcerated in the same county jail cellblock as Myers during August 1988.   Myers said to Tincher out of the blue, “They couldn’t get me on a rape.”   Myers also asked Tincher whether he had ever “put three rocks in a girl.”   Tincher responded that he had not, and Myers stated that he had.   Tincher knew nothing of Maher’s murder, except that it involved a railroad spike.   A few days later, Tincher asked Myers, “Why a railroad spike?”   Myers replied, “Because it was handy.”   After that, Myers told Tincher, “Don’t ever try to drive nothing through nobody’s forehead.  * * * He said it won’t go, but he said it went through the temple.”

{¶ 18} Also during trial, three expert witnesses testified on behalf of the state regarding the foreign hair found on Maher.   BCI forensic scientist Michelle Yezzo opined that she was 100 percent certain that the hair was a human pubic hair from a Caucasian.   Yezzo found similarities and differences in her comparison of pubic hair samples provided by Myers.   However, she could neither confirm nor eliminate Myers as the donor of the pubic hair and suggested that the prosecutor’s office submit the pubic hair to another lab for further analysis.

{¶ 20} Dr. Edward Blake, a forensic serologist, subjected the foreign pubic hair to DNA analysis.   Using the PCR (polymerase chain reaction) method, Dr. Blake concluded that the foreign pubic hair bore the same “DQ Alpha genotype” as the known sample from Myers.   He further testified that such a genotype is found in approximately two percent of the Caucasian population of North America.

{¶ 21} During the state’s case in chief, Myers’s civil deposition was read into the record.   This deposition had been taken in 1992 by attorneys for the Greene County Prosecuting Attorney in connection with a federal lawsuit filed by Myers after the murder charges against him were dismissed in February 1991.

{¶ 22} Deborah Reagin was the final witness to testify for the state.   Reagin asserted that Myers had offered her a ride home after she had had a fight with her boyfriend in a Xenia bar in February 1986.   Reagin testified that Myers had raped her in a cemetery before dropping her off at her dorm in Yellow Springs.   Myers later entered an Alford plea to sexual battery, was found guilty, and was sentenced to six months in jail and five years’ probation.

{¶ 23} The defense called 19 witnesses, and the state countered with 4 rebuttal witnesses.   After deliberation, the jury found Myers guilty as charged.