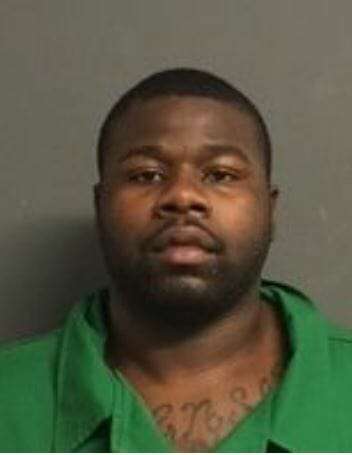 Jenkins, wearing all black, had his hands in front of his face as the verdict was read. He dropped them when the clerk announced the jury decided he should face death. One of the sisters of Jenkins’ victims gave a fist pump when the verdict was delivered.

Jenkins smiled at the jury as they were polled after delivering the death sentence.

The death sentence will take years to carry out as there will likely be several appeals. South Carolina also hasn’t performed an execution since 2011 as it does not have the necessary chemicals to carry out a lethal injection.

Jenkins, McKinley Daniels and James Daniels were all convicted for their role in a robbery spree that resulted in two murders and left the community on edge. In early January 2015, Balla Paruchuri was shot and killed at a Sunhouse store.

Weeks later the trio committed two more robberies, including at another Sunhouse store where Trish Stull was shot and killed.

Last year, a jury convicted James Daniels of murder and two counts of armed robbery, and he was sentenced to life in prison. McKinley Daniels pleaded guilty earlier this year to murder and armed robbery and will spend at least 45 years behind bars.

The two phases of Jenkins’ trial lasted two weeks. The jury of six women and six men reached its decision unanimously. One of the jurors was black, and the rest was white. It took four days of questioning hundreds of jurors to find the panel.

The last four days of the trial were spent presenting evidence on whether Jenkins should face the death penalty.

Richardson reminded the jury about how both Jenkins and McKinley Daniels were armed during the Paruchuri robbery. In the other robberies, only Jenkins had a gun.

In both killings the robbery team was a few feet from leaving the store when the shooting started, Richardson said.

While Jenkins was only convicted of the Paruchuri murder, the state discussed Stull’s killing at length during the sentencing phase.

Richardson referenced the defense’s opening statements when they asked for a fair trial and justice.

“It sounds like to me he has earned justice,” Richardson said.

Jenkins grew up in a difficult situation, living in a neighborhood where people are afraid to drive through, Wilson said. His father was incarcerated and Jenkins was removed from the classroom for behavioral problems several times, Wilson said.

But, Wilson also recounted what several educators told the jury that Jenkins had a good heart.

“Deep inside there is good. There is a decency. There is a person worth saving,” Wilson said.

Mercy isn’t earned, Wilson said, it is something only the jury could give. He implored them to spare his client.

After the death sentence was delivered, Stull’s sister Samantha Stull spoke to the court. She was clearly emotional and angry and had to be told not to speak to Jenkins, but to the judge.

“I have no remorse or sympathy for JJ,” Samantha Stull said.

She called a punishment less than death a “disgrace.” Stull said she didn’t wish death on anyone — except the trio now convicted of the spree.

Jenkins only spoke to the court so he could turn to his family and say “I love you all.”

Wilson said “obviously we’re disappointed” with the verdict and that Jenkins would start the appeal process.

Stull’s mother Sherry Stull said the verdict closed a chapter and the family.

“It’s been a long time coming,” Sherry Stull said. She added Trish’s children will know someone is being punished for her killing. “At least they know someone will be paying a price for taking her life.”