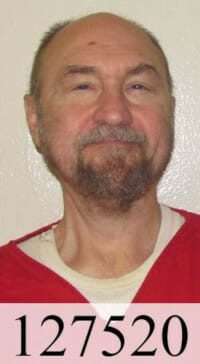 Goforth was sentenced to death on March 24, 2000 in Fayette County for murder, robbery I, burglary I, arson II, and tampering with physical evidence. On March 15, 1998, Goforth and accomplice Virginia Caudill entered the home of a 73 year old female, beat her to death and then burglarized her home. They then placed her body in the truck of her own vehicle and drove her to a rural area in Fayette County and set the car on fire.

Lonetta White, age 73, was bludgeoned to death in her home in Lexington, Kentucky, during the early morning hours of March 15, 1998.   Her body was found in the trunk of her burning automobile in a field several miles away.   Her home was ransacked and numerous items of personal property, including two guns, jewelry, and a mink coat were stolen.   Appellants Caudill and Goforth admitted they were present at the commission of all of these crimes.   Each, however, accused the other of murdering and robbing the victim and of setting fire to the automobile.

Caudill had been living with the victim’s son, Steve White, but had moved out of his house on either March 13 or 14 following an argument concerning Caudill’s drug use.   Caudill went to a nearby “crack house,” a residence where drug users gathered to buy, sell, and ingest controlled substances, especially crack cocaine.   There she encountered Goforth, a casual acquaintance whom she had not seen for about fifteen years.   Caudill testified that, on the afternoon of March 14, Goforth gave her a ride to Mrs. White’s residence and that Caudill induced White to give her twenty or thirty dollars on the pretext that she needed the money to rent a room for the night.   Instead, she returned to the crack house and used the money to purchase crack cocaine.   At about 3:00 a.m. on March 15, Caudill and Goforth returned to Mrs. White’s residence.

According to Caudill, she went to the door and told Mrs. White that she needed more money for the room rental.   Goforth remained out of sight near the garage.   When Mrs. White turned away to retrieve the money, Goforth burst through the door and attacked her without warning.   Caudill did not identify the weapon used by Goforth but remembered that, during the course of the attack, Mrs. White pleaded with her to “please help me, Virginia.”   Goforth then took Caudill to a bedroom and bound her hands together.   After killing White, Goforth ransacked the residence, loaded the jewelry, guns, and mink coat into his pickup truck, and wrapped the body in a carpet.   He then prevailed upon Caudill to help him carry the body to the garage and load it into the trunk of Mrs. White’s automobile.   The two then drove both vehicles to a vacant field where Goforth doused Mrs. White’s vehicle with gasoline and set it afire.

According to Goforth, Caudill induced Mrs. White to admit them into her residence under the pretext that they were having car trouble and needed to use White’s telephone.   Once inside, Caudill demanded that Mrs. White give her some money.   When White refused, Caudill unexpectedly produced a roofer’s hammer that she had surreptitiously removed from Goforth’s pickup truck and struck White in the back of the head with full force.   When Goforth asked Caudill why she had struck Mrs. White, Caudill struck her again.   As Caudill continued to bludgeon the victim with the hammer, Goforth went into the living room, sat down on a sofa, and pondered what he should do next.   Caudill ransacked the victim’s residence and loaded the stolen property into Goforth’s pickup truck.   She wrapped Mrs. White’s body in the carpet.   At Caudill’s request, Goforth helped carry the body to the garage and load it into the trunk of White’s automobile.   They then drove both vehicles to a vacant field where Caudill doused White’s automobile with gasoline and set it afire.

Cynthia Ellis, a jailhouse informant, testified that Caudill told her that she had gone to White’s residence to obtain money to buy drugs.   When White refused her request for money, Caudill struck White twice in the head with a clock that she pulled off the wall.   Julia Davis, another jailhouse informant, testified that Caudill told her that she broke into the victim’s home intending to steal money to buy drugs, but when the victim discovered her presence, she killed her, stole her guns and jewelry, and set fire to her car.   Davis also testified that Caudill said White had pleaded with her to “[h]elp me, why are you doing this to me?”

Because of her known relationship with the victim’s son, Caudill was questioned by police about the murder on the evening of March 15, 1998.   She denied any involvement in the crimes and told the police that she had been with Goforth when the crimes were committed. The police unsuccessfully attempted to contact Goforth at his residence and left a message there for Goforth to contact them.   Instead, Goforth and Caudill fled Fayette County.   They spent several days at a cabin near Herrington Lake in Mercer County, then moved to Ocala, Florida, then to Gulfport, Mississippi.   Caudill left Goforth in Gulfport and moved to New Orleans, Louisiana, where she was subsequently arrested November 11, 1998.   She gave another statement at that time in which she admitted her presence at the scene of the crimes but named Goforth as the perpetrator.   Goforth was arrested and questioned in Gulfport, Mississippi, on December 8, 1998.   He claimed Caudill killed Mrs. White with the hammer and, further, that an unidentified African-American male had assisted Caudill in the commission of the crimes (an assertion he admitted at trial was a fabrication).   After her extradition to Kentucky, Caudill gave a third statement to police on December 9, 1998, which was substantially the same as her second statement.