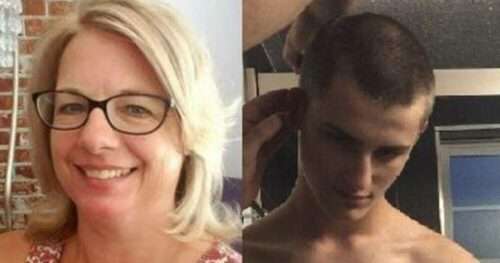 Logan Mott has been sentenced to 15 years in prison for murder of his own grandmother, the minimum sentence based on his plea agreement.

Mott pleaded guilty to second degree murder for the death of Kristina French shortly after Thanksgiving 2017.

Mott was 15 at the time he stabbed and shot French, then buried her in a shallow grave.  He was arrested in Buffalo, New York while attempting to cross to Canada. Mott’s father and girlfriend reportedly returned home from a vacation and were not picked up at the airport by French as previously discussed. The couple took an Uber to the teen’s father’s Neptune Beach home and found it was ransacked and guns were taken from the gun safe.

Logan Mott, the Neptune Beach teenager who pleaded guilty to killing his grandma Kristina French nearly two years ago, was sentenced Thursday to 15 years in prison for the killing of his grandmother.

On Thursday, Judge Bruce Anderson said even though Mott killed his grandmother, he hopes the teen can one day be a successful member of the community.

He claims the killing was actually the immature reaction of an adolescent attempting to run away from a hopeless home life, where he was traumatized by his parents’ divorce and his father’s psychological abuse.

During his sentencing hearings — which took place throughout October and November — people closest to Logan described his as a depressed teen stuck between divorced parents who didn’t agree on many aspects of raising him.