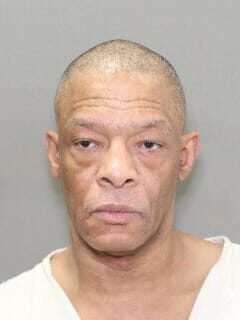 A Houston serial killer was sentenced to death by a Harris County jury for his role in the strangulation of four people.

After five hours of deliberation, the jury decided Lucky Ward’s fate after he was convicted of strangling two people and is believed to have strangled two others in the Houston area as far back as 1985.

“Jurors had the courage to look at all the evidence, give a voice to the victims, and declare that he was the worst of the worst,” Harris County District Attorney Kim Ogg said. “Ward tortured and brutalized his victims with no mercy.”

The jury rejected the other option of a life sentence and agreed that Ward, 55, would have been a continuing threat to society.

Ward was convicted of capital murder for the deaths of Reita Long and Charlie Rodriguez in September 2010. Long and Rodriguez were found dead within weeks of each other. Prosecutors said one victim was found dead on the steps of a Co-Cathedral of the Sacred Heart building and the other was covered in a blanket in a north Houston home.

Prosecutors also believed Ward was tied to the deaths of 51-year-old Myra Ical and Carol E. Flood, 62, in 2010. They said he was also tied to the strangulation of Birdell Louis in 1985.

“What we have here is a serial killer,” said Prosecutor Colleen Barnett said. “The circumstances are indeed horrific.”

Prosecutors told the jurors how Ward had committed a series of crimes that date back to at least 1979. In one crime, prosecutors said he raped an 83-year-old woman in Brazoria County and he was sentenced to more than two decades in prison.

In 2018, while Ward was awaiting trial for capital murder, prosecutors said he was charged after being caught with a shank while in the Harris County jail.