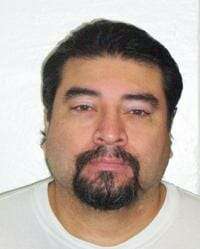 A 14-year-old boy, arrested in Oxnard last April for slaying a family of four in Washington state, was sentenced Tuesday as an adult to four consecutive life sentences, the Associated Press reported.

Miguel Gaitan was convicted Monday of four counts of aggravated first-degree murder for his role in the March 24 slaying of Michael and Lynn Skelton and two children in their Outlook, Wash., mobile home.

The Skeltons had moved to Washington from Fresno two years earlier to escape the rise in violence in California.

Yakima County Superior Court Judge Heather Van Nuys took pains to make Gaitan’s sentence as stiff as possible, ruling that the life terms had to be served one after another, and adding $200,000 in fines.

The U.S. Supreme Court has ruled people under the age of 16 are not eligible for the death penalty.

Gaitan was one of two juveniles convicted of the slayings.

Accomplice Joel Ramos, also 14, pleaded guilty to four counts of first-degree murder in August and was sentenced to 80 years in prison.

Prosecutors said no motive was established but suspect that Gaitan and Ramos committed the murders to impress members of a street gang.

The youths were arrested after bragging about the killings to friends.

Gaitan was found in Oxnard where he had gone to stay with an aunt.

The pair burst through the front and back doors of the Skelton’s mobile home, bludgeoning and stabbing to death all four.

Bryan, 6, died as he hid under his bed covers when his skull was crushed and he was stabbed through the heart.