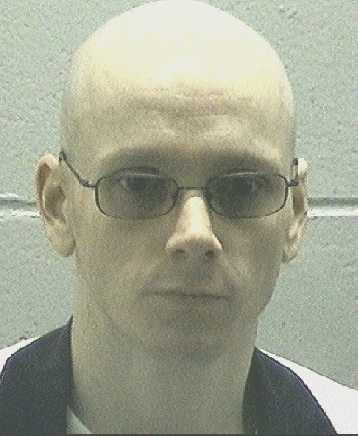 Nicholas Tate was sentenced to death by the State of Georgia for the murder of a woman and her three year old daughter. According to court documents Nicholas Tate forced his way into the home of the two victims, Chrissie Williams and her daughter Katelyn Williams. Chrissie Williams would be found handcuffed to a bed and shot in the head. Katelyn Williams would be found in another room nude and her throat had been slit. Nicholas Tate would be arrested, convicted and sentenced to death.

The Georgia Supreme Court on Thursday reinstated two death penalties for a man who killed a Paulding County mother and her 3-year-old daughter.

Nicholas Cody Tate was sentenced to death for the 2001 murders of Chrissie Williams and her young daughter, Katelyn. But hours before his execution in 2012, Tate filed a state petition for habeas corpus and his motion for a stay of execution was granted. Habeas corpus allows convicted prisoners to challenge their convictions in the county where they are incarcerated.

In 2018, Tate’s death sentences were dropped by a habeas court. Georgia appealed that decision to the state Supreme Court while Tate’s attorneys appealed the habeas court’s denial of relief for Tate’s other claims, including that his constitutional right to a speedy trial was violated.

On Dec. 11, 2001, Tate and his two brothers burglarized Williams’ home, planning to steal money and drugs. While in the home, Chad Tate slit the 3-year-old’s throat, killing her. Nicholas Tate shot Williams in the head. She was found dead, bound to a bed with handcuffs and duct tape.

A year after the murders, Dustin and Chad Tate each pleaded guilty in Paulding County in exchange for life prison sentences with the possibility of parole.

Nicholas Tate pleaded guilty to the murders in 2005 and waived a trial by jury. At one court hearing, Tate said he deserved the death penalty.

“I do realize that I have done wrong, and I believe that the punishment should fit the crime, life for life,” he said.

Nicholas Tate is currently housed at the Georgia Diagnostic and Classification State Prison in Jackson.

A new execution date for Tate has not yet been set.