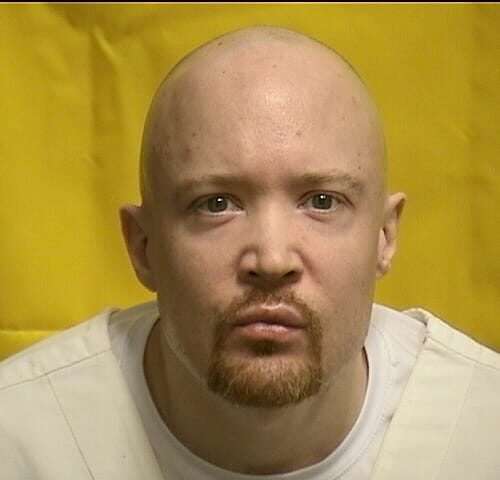 On June 25, 1996, James Reynolds and his girlfriend, Shannon Hawks, were shot to death in an isolated field in Columbus.   Appellant, Robert W. Bethel, was convicted of the aggravated murders of Reynolds and Hawks and was sentenced to death.

{¶ 2} Bethel was a member of the Crips street gang, as was Bethel’s friend Jeremy Chavis.   Tyrone Green and Donald Langbein were also members of the Crips gang.   Jeremy’s brother, Cheveldes Chavis, although a member of a different gang, “hung with” Jeremy, Langbein, Green, and Bethel.   In the latter part of 1996, Bethel, Langbein, and the Chavis brothers lived together in a trailer on West Run Street in Columbus.

{¶ 3} Langbein is a cousin of the Chavis brothers;  they have a grandfather in common.   Their grandfather kept a garden in a field located behind 562 Stambaugh Road in Columbus (“the Stambaugh field”).   Langbein and Jeremy Chavis sometimes went to that field to shoot guns.

{¶ 4} In 1995, Tyrone Green shot Rodney Cain to death during a burglary.   James Reynolds and Donald Pryor were also involved in the burglary.   Reynolds later told Pryor that he had seen Green shoot Cain. Pryor repeated Reynolds’s story to the police.

{¶ 5} Green was subsequently indicted for aggravated murder with death specifications.   During the discovery process in Green’s case, the state gave Green’s attorney supplemental discovery materials that included a copy of a search warrant with its supporting affidavit.   The affidavit stated that Reynolds had told Pryor that Green had shot the victim.   The state sent the supplemental discovery materials to Green’s attorney on May 29, 1996, about four weeks before Reynolds and Hawks were murdered.

{¶ 6} Langbein testified that he and Bethel had been concerned about the witnesses against Green and that they had discussed “tak[ing] steps to get rid of them.”   On June 13, 1996, about two weeks before Reynolds and Hawks were murdered, Bethel and Cheveldes Chavis each bought a Maverick Model 88 12-gauge shotgun from Hamilton’s Gun Shop in Obetz.

{¶ 7} According to Langbein, the day before the bodies of Reynolds and Hawks were discovered, a group of people “from the neighborhood,” including Reynolds,  gathered on the corner of 4th and Morrill to hang out.   Langbein, Bethel, and the Chavises arrived around 2:00 p.m. in Bethel’s car.

{¶ 9} Traci Queen, f.k.a. Traci Jordan, was a friend of Shannon Hawks.   Queen recalled Hawks’s and Reynolds’s visiting her sometime between 3:00 and 5:00 p.m. the day before their deaths were reported on a news broadcast.   When they entered Queen’s home, Reynolds looked at his pager and went into the kitchen to use the phone.   Hawks told Queen that she and Reynolds were “going to go out and shoot guns.”   She invited Queen to come along, but Queen declined.

{¶ 10} When Reynolds emerged from the kitchen, he and Hawks left the house and got into a car waiting in front of the house next door.   Queen saw two other persons, who appeared to be male, in the front seat of that car.   She never saw Hawks or Reynolds alive again.

{¶ 13} Reynolds had been shot ten times, four times in the head.   Reynolds also had one neck wound.   One of the gunshots fired into Reynolds’s head, from a distance of six inches to three feet, would have killed him at once.   Five bullets were recovered from Reynolds’s body, all of which could have been fired from a 9 mm firearm.   Reynolds also had one wound caused by a shotgun slug fired into his back.

{¶ 14} Hawks was shot four times, twice in the head.   One of the head wounds was a back-to-front wound through her brain.   This wound would have incapacitated Hawks almost immediately.   The other head wound entered Hawks’s right cheek and exited through her left ear.   Stippling indicated that this shot was fired from a distance of two to four feet.

{¶ 16} Reynolds was the sole eyewitness known to the prosecuting attorney in Tyrone Green’s aggravated-murder case.   After Reynolds was murdered, Green was offered a plea bargain to a reduced charge of manslaughter.

{¶ 18} Some time before January 1997, Bethel told his girlfriend Theresa Campbell, f.k.a. Theresa Cobb, about the murders.   He told her that on the night of the murders, he, Jeremy Chavis, Reynolds, and Hawks went to “practice shooting guns.”   He said he “had a feeling to shoot” and shot Reynolds and Hawks “because he felt like it.”   Bethel told her that he had laughed and then called Jeremy over to “see what he had done.”   According to Campbell, when Jeremy Chavis saw what Bethel had done, Chavis began to cry and went back to the car.   Bethel then reloaded his gun and continued to shoot.   Bethel told Campbell that he “couldn’t stop shooting,” and that when Chavis wanted to leave, Bethel “just stood there looking.”

{¶ 19} In January 1997, police executed a search warrant at the trailer on West Run Street.   There they found a Maverick Model 88 12-gauge shotgun belonging to Cheveldes Chavis.   Bethel’s identical shotgun was never found.   This type of shotgun could have fired the type of shells found at the crime scene.

{¶ 20} Also found at the trailer was a gun box with a “Ruger” logo on the lid.   Although the box contained no gun, it did contain an instruction manual for a 9 mm Ruger P95 semiautomatic pistol.   According to Langbein, after the trailer was searched, Bethel became nervous about being caught and “started acting real weird.”

{¶ 21} In 2000, Langbein was charged with an unrelated federal firearms violation.   He told police and Bureau of Alcohol, Tobacco, and Firearms (“ATF”) agents what he knew about the Reynolds-Hawks murders and agreed to wear a concealed tape recorder during conversations with Bethel.

{¶ 22} On October 19, 2000, Langbein and Bethel had a conversation at the Subway restaurant where Bethel worked.   Langbein wore a recorder, and the Subway was under ATF surveillance.   During this conversation, Bethel talked about the investigation.   He told Langbein, “I wanted to talk to Jeremy * * * ‘cause I knew the [police] were going to go down and * * * try and tell him some shit.”   Bethel believed that detectives had “been havin’ phones tapped,” and he was hesitant to talk anywhere “they got anything.”

{¶ 23} On November 1, 2000, police executed a search warrant at 656 East Jenkins Street, Columbus.   Although the record does not show who lived at this  address, some of the property seized pursuant to the warrant was later returned to Cheveldes Chavis.   In a wastebasket at that site, police found papers with a cover sheet captioned “Supplemental Discovery” from the case of State v. Tyrone Green.   Jeremy Chavis’s fingerprints were found on that paper.   In the same wastebasket, police found a copy of a search warrant given to Green during discovery in his case, along with its attached affidavit-the affidavit that named Reynolds as the source of Pryor’s information.