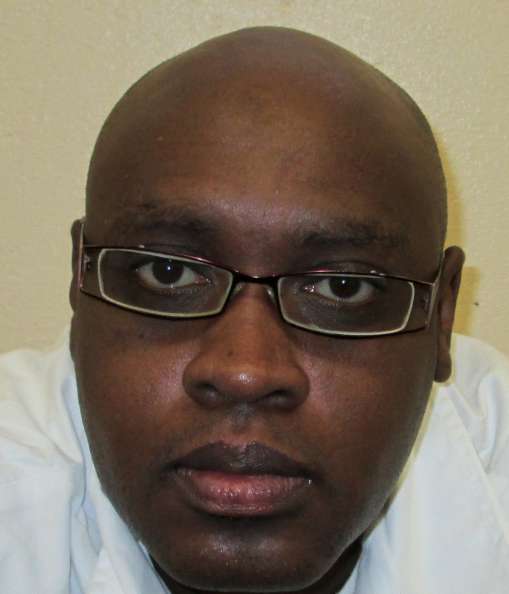 A jury convicted Ronnie Lynn Kirksey of capital murder late Thursday in the 2006 death of his girlfriend’s son, 23-month-old Cornell Norwood.
Jurors deliberated about two hours before reaching the verdict in the trial, which began two weeks ago.
Circuit Court Judge David Kimberley ordered jurors to return at 9 a.m. today to begin the sentencing phase of the trial.
Jurors will be presented evidence and make a recommendation that Kirksey be sentenced to death or life in prison without the possibility of parole. Kimberley will consider their recommendation as he imposes Kirksey’s official sentencing.
In closing arguments Thursday morning, Deputy District Attorney Carol Griffith told jurors that April 15, 2006, started out like a normal Saturday for Yolanda Norris and her family at her Colley Homes apartment on Sixth Street.
“She found her baby laying on the cold floor in a puddle of blood, struggling to breathe,” Griffith said. ”(Kirksey) offered no apologies, no excuses.“
Paramedics from the Gadsden Fire Department responded to the 911 call and continued CPR.
Cornell was rushed to Gadsden Regional Medical Center and soon flown to Children’s Hospital in Birmingham, where he died.
An investigation already was under way because the nature of the child’s injuries were suspicious.
The following morning, Norris was questioned at the police department, and her statement matched that of one of her other children, Griffith said.
Detectives then talked to Kirksey, looking for answers to the cause of the child’s severe injuries.
Kirksey said the child had a “far-off look in his eyes, and I cleaned the blood off his mouth. I thought he was OK,” Griffith recounted for jurors.
Through the course of several statements to police, Kirksey’s story changed several times as he explained the injuries.
Teri Farris, a Gadsden police detective at the time of the child’s death, testified about Kirksey’s statements in which he said he hit the child and later kicked him.
Then Kirksey — almost 6 feet tall and about 210 pounds at the time — said he put a foot on Cornell and stood on him with all his weight, “until his little hands started to curl and blood came out of his ears and nose.“
In one statement, he told detectives he had consumed eight beers on an empty stomach.
“It’s like I was somebody else.“
In his testimony Wednesday during the trial, Kirksey told jurors he fell on Cornell that day and the fall, along with CPR, caused the injuries.
The child had a linear skull fracture from one side of his head to the other, Griffith said.
“It is undisputed the skull fracture was the fatal injury,” Griffith said.
The child also had traumatic injuries to his stomach, heart, lungs and diaphragm, and the aorta — the main artery through his body — was torn.
“He was freely bleeding into the abdominal cavity,” Griffith said, recalling testimony from the state medical examiner.
“He testified that in 25 years he had never seen that kind of injury by accident,” she told jurors.
Kirksey’s testimony about the fall was the first time Griffith said she and others in the courtroom had heard that version of what happened.
“What he wants you to believe now is the statements to law enforcement aren’t true. That only bits and pieces are true,” she said. “He said he didn’t realize what he wrote in the statements wasn’t true.“
In those statements to police, Kirksey also told detectives, “I can’t stop seeing his face. I loved him like my very own child. I’m asking you to send me to where he is as quick as you can.“
Griffith said Kirksey said in testimony he thought he was confessing to falling on the child on the apartment’s concrete floor.
“He’d have you believe it’s a twisted scheme by this police officer,” to come up with the story about what happened to Cornell, Griffith said.
But Griffith asked jurors to remember Farris’ testimony.
“You saw the emotion,” Griffith said. “You saw the professionalism. She looked you in the eyes and told you what he said he did to that beautiful baby.”
“Did he look you in the eyes?” she asked jurors. “Put all these facts together. Do any of you believe a grown man will stand on a child and not intend to kill him? The fact that a person might regret it later has nothing to do with it.“
Chief Deputy District Attorney Marcus Reid referred to “a twilight zone case,” when talking about Kirksey’s testimony.
In closing arguments, defense attorney Vince Pentecost gave a detailed outline of the hours and days following Cornell’s death and talked about the progression of the statements Kirksey gave to detectives in the 72 hours he was placed on hold in the Etowah County jail.
Pentecost questioned why the interviews were done without video or audio recordings.
“It’s easier to go on officer credibility than have a video of the interview,” he said.
Defense attorney Paul Roberts referenced Reid’s comments in opening statements about being a fly on the wall the day Cornell was injured.
“I would rather have been carpet on the floor. It might have saved that child’s life,” he said. “I would like to have been a fly on the wall during those statements.”