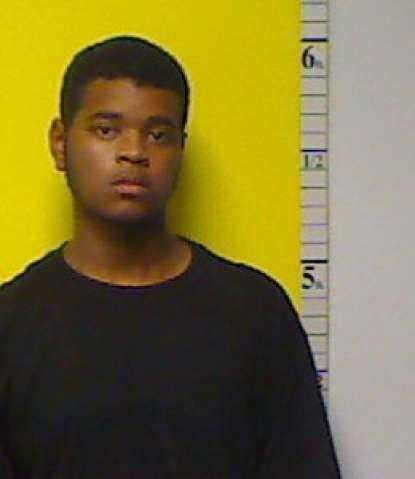 A 17-year-old found guilty in the shooting death of a St. Augustine store clerk during a 2015 robbery was sentenced Monday to two life terms. His getaway driver was sentenced to 22 years for his role in the murder.

Sergio Morgan-Wideman was convicted of one count of first-degree murder, one count of armed robbery and two counts of aggravated assault with a firearm in the fatal shooting of Malav Desai, 28.

Andre Robinson, 18, pleaded guilty in May to manslaughter with a firearm and armed robbery in the clerk’s murder.

Prosecutors said Morgan-Wideman was the leader who made the decision to kill Desai, who was shot once in the forehead and died at the Tobacco and Beverage Express. Court documents say Morgan-Wideman got away with $600 before he and Robinson led police on a multi-county high-speed chase.

Morgan-Wideman’s sentencing hearing became emotional as his mother described a troubled young man who had been using marijuana since age 11, when he lost his grandmother to cancer. She said he was not in his right mind when he robbed the store and that he had been negatively influenced by drug dealers, who got him hooked on molly.

“There are no words to explain the hurt and pain I feel in the depths of my soul for my son and Mrs. Desai,” Morgan-Wideman’s mother, Maria Hardy, said. “No one wins here today. My son is not a monster. I truly feel if it had not been for this drug, we would all not be sitting here today.”

The defense argued that at age 15, Morgan-Wideman’s brain lacked the ability to make mature decisions and understand the consequences of his actions.

But the judge said Desai was executed and that Morgan-Wideman would pay for that decision with his freedom.

A victim’s advocate read a statement from Desai’s widow, Aakankssa Desai, as she faced Morgan-Wideman in court. In the statement, she said that Desai was her world and that he was also a son, a brother and an uncle, with a loving family in India who were all left to mourn his death.

She said she still has nightmares about the murder and that she wanted Morgan-Wideman and his co-defendant to both get life in prison.

“It has been two years, but it still feels like yesterday. I have nightmares about this day, and I wake up in the middle of the night looking for my husband in the bed next to me, unwilling to except the reality,” her statement said. “I can see where leniency would back him only because of their age, but it does not change the fact that they took a life. My husband’s life. If they were mature enough to get their hands on a gun, steal a vehicle, plan an entire robbery and shoot an innocent person in the head, they are not kids.”

Robinson’s sentence will run concurrently to whatever sentence he is given on outstanding charges of fleeing police in Putnam and Clay counties. He will be given credit for 616 days of time served. Morgan-Wideman has 30 days to appeal his sentence.