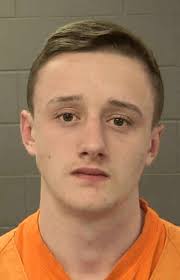 Seth Cunningham was seventeen when he was arrested for two murders. According to court documents Seth Cunningham would be arrested for the first murder that took place during a robbery and while in custody he would be charged with a second murder that took place a few months before the killing he was arrested for. This teen killer would be convicted of both murders and sentenced to life in prison with no chance of parole for forty years.

A 19-year-old Oregon man connected to the shooting deaths of two strangers has been sentenced to life in prison.

Cunningham did not admit guilt in Nelson’s death, but admitted prosecutors have enough evidence to convict him.