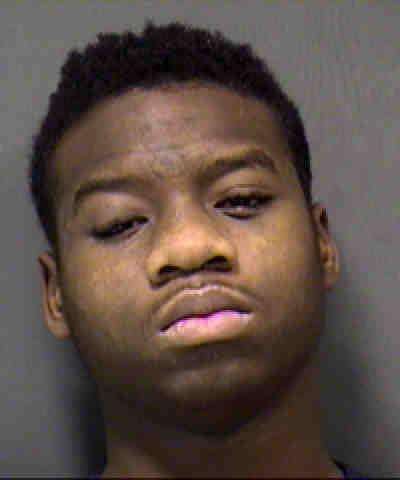 Shawn Tyson was a seventeen year old from Florida who murdered two British tourists who made the mistake of walking into the wrong part of town. According to court documents Shawn Tyson walked towards the two victims, James Kouzaris and James Cooper, with a gun drawn.

The teen killer would demand money from the two men and when they had no money to give Shawn Tyson would shoot and kill both men. Shawn Tyson would be arrested shortly after and be convicted of the two murders and sentenced to life in prison without parole.

Two British tourists shot dead on a Florida holiday were murdered because they claimed they had no money to give their attacker, a court has heard.

James Kouzaris, 24, and his friend James Cooper, 25, were killed after straying into a rundown area of Sarasota after a night out drinking in April last year.

Police found the pair shirtless and with their trousers around their thighs, both dead from multiple gunshot wounds, prosecutor Ed Brodsky told the jury on the first day of evidence at their alleged killer’s trial in Sarasota.

Shawn Tyson, 17, who denies two counts of murder, later boasted to friends about how he had “done” the pair, and hid a gun and spent bullet casings to cover up his involvement, Brodsky said.

Tyson sat impassively in the dock as the assistant state attorney described how the Britons had wandered into Sarasota’s depressed Newtown neighbourhood shortly before 3am on 16 April, less than an hour after leaving a nightclub in the city centre. Cooper, a tennis coach from Warwick, and Kouzaris, from Northampton, were trying to make their way back to their holiday home on Longboat Key, seven miles away, when Tyson stopped them, prosecutors believe.

“He and another male saw the two men as they walked by and decided to rob them,” Brodsky said. “When he confronts the victims they plead with Shawn Tyson to let them go, that they were drunk and they were just trying to find their way home. They then tell Shawn Tyson that they don’t have any money to give him.”

Brodsky said Tyson then told the friends: “Well, since you ain’t got no money, then I have something for your ass,” and began shooting.

Police found the bodies, on opposite sides of the street in a public housing complex named The Courts.

Tyson, meanwhile, had jumped through a window back into his mother’s house nearby, Brodsky said an eye-witness would later tell the court. He said other witnesses often saw Tyson in the neighbourhood with a revolver he kept hidden in a red bandana. Cooper was shot four times with a .22 calibre weapon, the fatal shot passing through his chest and lung before lodging in his heart.

Kouzaris was shot twice in the back, with one of the shots perforating his spleen, diaphragm, lung and heart.

Tyson, who was 16 at the time of the killings, faces a life sentence without the possibility of parole if he is convicted on two counts of wilful premeditated murder at a trial expected to last until the middle of next week. Although he is being tried as an adult, Florida law prohibits the death penalty for anyone under 18.

In his opening remarks, Brodsky said the case was about “two different sets of boys, men, who seized opportunities”.

“On 16 April 2011, at approximately three in the morning, two British men who were here on vacation would find that they would die at the hands of gunfire,” he said.

The victims, who became friends as students at the University of Sheffield, were well travelled and were in the second week of a three-week holiday with Cooper’s parents. Kouzaris had just spent several months in South America.

They all ate a meal together before the pair set off for a night out, and were captured on CCTV in several Sarasota bars before a last sighting at the Gator Club at about 2am.

Public defender Carolyn Schlemmer said Tyson did not murder James Cooper and James Kouzaris and claimed that witnesses had been enticed to give evidence against him.

She said that the gun used to kill them was never recovered and claimed that bullet casings later found by detectives were not linked directly to Tyson.

The first witness to give evidence, Trevor Cliburn, told the court he was staying with a friend in the area. He said he heard a voice shout “yo”, then looked out of the window to see two white men walking down the street.

He said he saw one of the men hit the spoiler of his car. He then spotted two figures standing in the darkness. “They were just standing there watching the two guys walk by.” He said they crouched down to avoid being seen. Cliburn said moments later he heard gunshots.

A man has been re-sentenced for murdering two British tourists in Florida five years ago.

Tyson’s earlier conviction was thrown out in 2014 because he was 16 when the crime was committed.

Sentencing Tyson to two life terms at Lynn N Silvertooth Judicial Center on 8 June, Mr Roberts said: “The defendant’s motive was robbery, but when he realised he would not get what he wanted, he made the conscious decision to kill both victims.”

In September 2014, the appeal court upheld Tyson’s conviction but his sentence was thrown out because he was a juvenile when the crime was committed.

Mr Roberts acknowledged there were special considerations when sentencing a juvenile on murder charges, but added: “On April 16, 2011, Shawn Tyson killed in cold blood two young men who posed no threat.”

The killings impacted not only the victims’ families but also the community, the judge said, stating that witnesses were afraid to assist with the investigation.

“This was not a spur-of-the-moment, one-shot event,” Roberts said. “I have not been persuaded, based on everything I’ve heard, that he can be rehabilitated.”

A spokesperson from Lynn N Silvertooth Judicial Center said law changes made by the Florida Supreme Court mean the “juvenile homicide offender cannot be sentenced to life without parole”, so his case will be up for review after 25 years.

A 17-year-old American has been handed two life sentences after being found guilty of shooting dead two British tourists in Florida last year.

Shawn Tyson was found guilty of two counts of first degree murder after a trial at Sarasota County Courthouse.

The killer, who sports a tattoo of the word “savage” on his chest, will spend his life in prison without parole after being convicted of two counts of first degree murder. Tyson, who has just turned 17, avoided the death penalty because of his age.

The teenager, wearing an orange shirt and brown tie, sat emotionless as the verdict was read out to the court, as did his mother Kenyatta Whitfield, in the public gallery.

The teenager, who was 16 at the time of the murders, did not give evidence in the case, which opened last Thursday, and the defence called just one witness

The families of Cooper and Kouzaris said in a statement that Shawn Tyson was “evil”, and that they had been given “a life sentence when our sons were so brutally and needlessly taken from us.

“Ours is a life sentence, with no chance of parole from a broken heart, and a shattered soul”.

“The evil of the killer is one thing, but the fact is, he would not have been on the streets had instructions to keep him incarcerated been passed from one judge to another.”

Kouzaris, from Northampton, and Cooper, drunkenly walked into The Court in the early hours of 16 April.

They were confronted by Tyson, who tried to rob them, then when they had no money, told them: “Well since you ain’t got no money, I got something for your ass”.

The men pleaded to go home, saying they were drunk, but the teenager, then 16, shot first one of them, then the other.

Tyson boasted to friend Latrece Washington that one of the victims was “crying for his life”, and he had shot him and “emptied the clip on him”.

The teenager was seen by neighbours running to his house and climbing in the window just after the gunshots.

He also told another friend, Marvin Gaines, he had killed the men.

Gaines said Tyson gave him seven 0.22 calibre shell casings to bury in his backyard, as well as a gun.

Gaines later gave the gun to friend Jermaine Bane, who sold it for 50 dollars.

After he was threatened with a charge of accessory to murder, Mr Gaines led police to where the casings were buried. The murder weapon has never been found.

Jermaine Bane said a series of calls were made around the time of the shots and in one, heard Tyson mention two “crackers”, or white men, walking in the area.

Bane’s brother Joshua Bane, 25, who avoided 10 years in prison in exchange for his evidence as part of a plea deal, said he regularly saw Tyson with a gun.

He saw Tyson after the murders, when the teenager lifted up his shirt to reveal the pistol and a red bandana.

Bane said he was given the gun by Marvin Gaines. He cleaned it and, with Tyson’s brother Nate Wilson, sold it for $50.

Tyson was arrested on 7 April – nine days before the killings – for shooting at a car.

On that same day, Jessica Cunningham said he pointed a gun at her and her niece, saying: “I’ll kill both of you bitches.”

He was released on 15 April – but less than 24 hours later had killed the two British men.

After the murders Tyson was arrested and in a phone call to his half brother from prison on 17 April, was recorded saying police had found “the bullets” which could “f*** him up”.