Allen Nicklasson was executed by the State of Missouri for the murder of a man that stopped to help. According to court documents Allen Nicklasson, Dennis Skillicorn and Tim DeGraffenreid decided to drive to Kansas City to buy drugs and along the way there car broke down. The three men robbed a house and stole guns and money. When the victim saw their car pulled over to the side of the road he stopped to help however he was taken hostage by the group and forced to drive to a secluded area where he was fatally shot.

Allen Nicklasson once recalled the “euphoria” he felt after fatally shooting a kind businessman who stopped to help when he saw Nicklasson’s car stalled on Interstate 70 near Kingdom City, Mo., in 1994.

Late Wednesday night, Nicklasson was put to death for Richard Drummond’s killing – nearly 23 hours after he was originally scheduled to die.

It was the second execution in Missouri in three weeks after a nearly three-year hiatus. Racist serial killer Joseph Paul Franklin was executed Nov. 20.

The executions also were the first since Missouri switched from a three-drug protocol to use of a single drug, pentobarbital.

Nicklasson, 41, was pronounced dead at 10:52 p.m. Wednesday, eight minutes after the process began. His eyes remained closed throughout and he showed little reaction to the drug, briefly breathing heavily about 2 minutes into the process. He offered no final words.

Missouri Department of Public Safety spokesman Mike O’Connell said Nicklasson prayed briefly with the prison chaplain about 20 minutes before the execution. No one from his family or the victim’s family attended.

The execution was the end of a life troubled almost from the start. Nicklasson grew up in Kansas City, Mo., in a fatherless home. His mother was a mentally ill stripper who brought home an assortment of men, many of whom abused her son. Nicklasson died bearing the scar from where one of the men burned him.

Nicklasson declined interviews in the days leading up to his execution. But in a 2009 interview with The Associated Press, he recalled the trauma of his childhood – eating Alpo dog food for dinner, watching his mother shoot up heroin. She once made him fight a Doberman for money, he recalled. Then, there was the constant torrent of abuse from his mother’s male friends.

Nicklasson suffered from bipolar disorder and lived on and off in boys’ homes for his petty crimes and institutions for his mental illness.

By his 20s, Nicklasson was homeless and a drug addict. While in rehab in 1994, he crossed paths with Dennis Skillicorn, who had been recently released from prison following a second-degree murder conviction for killing a man during a robbery.

The two and a third man, Tim DeGraffenreid, decided in August 1994 to make the trip from Kansas City across I-70 to St. Louis to buy drugs. On the way back, their rundown 1983 Chevrolet Caprice started sputtering. It broke down near Kingdom City, about 100 miles west of St. Louis, and they took it to the shop.

They used the down time to burglarize a home, stealing money and guns. Though warned the car was unfixable, the men got back on the road.

The car soon broke down again. Drummond, a 47-year-old Excelsior Springs, Mo., man who was a technical support supervisor for AT&T, saw the three men and their stranded car and stopped to help.

The men loaded their stolen goods in the trunk of Drummond’s Dodge Intrepid. Then Nicklasson put a gun to his head and told him to drive west.

Along the way, there was some debate between Nicklasson and Skillicorn about what to do with Drummond. Ultimately, they ordered him off the highway and to a secluded area in Lafayette County in western Missouri.

In the 2009 interview, Nicklasson recalled how he left the other two behind and walked Drummond to a wooded area. He said he had intended to tie him up to buy time for the trio to get away.

He changed his mind, ordering Drummond to kneel and cross his legs. Then he shot him twice in the head.

“I’m laughing, pacing,” Nicklasson said, recalling the moment. “I started losing it. I wouldn’t want this out, but I felt a euphoria. I finally got back for all the beatings I took” as a child.

Nicklasson and Skillicorn stole Drummond’s car and drove to Arizona. When the vehicle broke down in the desert, they approached the home of Joseph and Charlene Babcock. Nicklasson killed Joseph Babcock after the man drove them back to their vehicle. Charlene Babcock was killed at the couple’s home.

DeGraffenreid pleaded guilty to second-degree murder and did not receive a death sentence.

Nicklasson’s execution was originally scheduled for 12:01 a.m. Wednesday. But an appeals court panel granted a stay of execution Monday, citing concerns about his counsel at trial and sentencing in 1996.

When the full appeals court refused to take up the case Tuesday, Missouri Attorney General Chris Koster appealed to the U.S. Supreme Court.

It did not return its 5-4 decision to vacate the stay until 10:07 p.m. Wednesday, with Justices Ruth Ginsberg, Stephen Breyer, Sonia Sotomayor and Elena Kagan dissenting. Gov. Jay Nixon refused to grant clemency.

Missouri previously used a three-drug method for executions but changed protocols after drugmakers stopped selling the lethal drugs to prisons and corrections departments. The pentobarbital used in Missouri executions comes from an undisclosed compounding pharmacy – the Missouri Department of Corrections declines to say who makes the drug, or where. 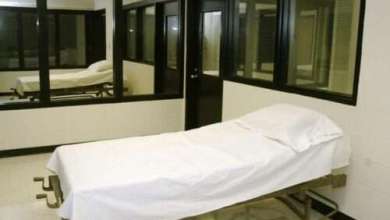 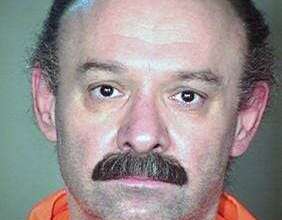 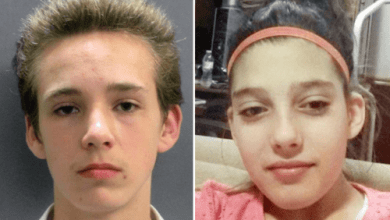