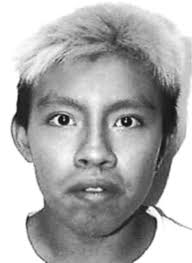 A prison inmate who was 17 years old when he tortured and killed his adoptive parents in Lancaster County has been re-sentenced, but he still won’t have a chance of parole unless he lives to the age of 97. Michael Bourgeois, now 33, will serve 80 years to life for the 2001 murders of Lucy and Terry Smith at their Ephrata home, the district attorney’s office said.

Bourgeois, who was previously serving consecutive life terms, was in court for re-sentencing Friday because of a 2012 U.S. Supreme Court ruling that said mandatory life sentences for juveniles are cruel and unusual punishment. Bourgeois and a co-defendant, Landon May, bound and beat the Smiths in their home for hours before shooting them to death.

In a 2002 interview with prosecutors, Bourgeois said he killed his parents because he “wanted to get rid of them.” Lucy Smith was a principal at Elizabeth Martin Elementary in the School District of Lancaster. The district attorney’s office said Bourgeois testified for about an hour on Friday, saying he didn’t know right from wrong and was “coerced” by May and others he was hanging with around at the time.

On cross-examination, he admitted he knew killing someone and committing other crimes were wrong. Judge David Ashworth, while ordering the sentence, said he considered Bourgeois’ age but also his “chilling, depraved and heinous acts.” Bourgeois will get credit for the prison time he’s served. The district attorney’s office said he wouldn’t be eligible for a parole hearing for about 64 years.

A Lancaster County man who was 17 when he participated in the torture-murders of his adoptive mother and stepfather had his 80-year-to-life prison sentence upheld Friday by a state appeals court.

Bourgeois initially was sentenced to life in prison for the September 2001 slayings of Terry and Lucy Smith in the family’s home. He pleaded guilty to two counts of first-degree murder. His co-defendant, Landon May, was convicted by a jury and receive two death sentences.

Bourgeois had to be resentenced because of a 2012 ruling by the U.S. Supreme Court that bans automatic life without parole sentences for juvenile killers.

Nichols cited Ashworth’s observation that each of the murders “was carried out in a dispassionate and calculated manner, each victim was tortured and mutilated, and each murder showed an exceptionally callous disregard for human suffering.”

Terry Smith was the president of a local company. Lucy Smith was an elementary school principal.

Bourgeois turns 35 next week. In his failed appeal he complained that Ashworth’s sentence will prevent him from becoming eligible for parole until he’s 97. That, he said, is nearly 20 years past the average life expectancy for a man in Pennsylvania.

An inmate at Lancaster County Prison already serving consecutive life terms for murdering his adoptive parents in 2001 had his sentence changed to 80 years to life Friday at a re-sentencing hearing in Lancaster County Court.

According to the Lancaster County District Attorney’s Office, Michael Bourgeois, 33, had a new sentence issued by Lancaster County Judge David Ashworth. He was back in court for re-sentencing due to the 2012 U.S. Supreme Court decision that declared life sentences against juveniles unconstitutional.

Bourgeois was 17 years old when he killed his adoptive parents, Lucy and Terry Smith, in their Ephrata home.

Judge Ashworth, while ordering sentence, said he considered Bourgeois’ age at the time of the crimes – about 17 ½ years – but said Bourgeois’ “chilling, depraved and heinous acts” must also be considered.

“Youth matters,” Judge Ashworth said, “but so do the lives of the victims.”

Bourgeois and a co-defendant, Landon May, tortured the Smiths for hours inside their Sand Court home before they died.

Bourgeois testified for about an hour Friday, saying he did not know right from wrong and was “coerced” into committing the crimes by May and other individuals he was hanging around at the time.

Assistant District Attorney Travis S. Anderson, on cross examination, revealed that was not the truth.

Anderson’s questioning prompted Bourgeois to admit he knew killing someone and committing other crimes were wrong.

Bourgeois told police after the murders, as Anderson pointed out, the murder plot was his idea.

“I decided I wanted to get rid of them,” Bourgeois told police in a 2002 interview.

Anderson took Bourgeois through the grisly torture and killings, at one point asking Bourgeois which side of a hammer he used to bludgeon his mother.

“Both,” Bourgeois said, looking down.

What happened when Lucy Smith begged for her life? Anderson asked Bourgeois.

“I still ended up killing her,” Bourgeois replied.

Anderson called Lancaster County District Attorney Craig Stedman to testify. Stedman, as assistant district attorney then, prosecuted Bourgeois and May, and conducted that 2002 interview with Bourgeois.

Of that interview, Stedman described Bourgeois’ demeanor as “flat” and “cold.”

“It stood out to me and stands out to me to this day,” Stedman testified, saying Bourgeois described the crimes matter-of-factly, as if recollecting a commute to work.

Stedman called the crimes’ impact on Lancaster County as “monumental.”

“It terrorized the community,” Stedman testified. “To this day I feel the emotions. It rocked Lancaster County.”

Bourgeois will get credit for the prison time he has served, meaning he would likely get a parole hearing in about 64 years.