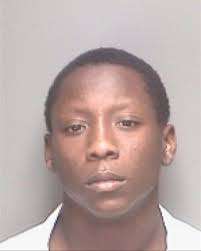 Nicholas Lindsey was sixteen years old when he fatally shot a St. Pete’s police officer. According to court documents Lindsey would fatally shoot the St. Pete’s police officer who was responding to a call in the area that someone was walking through the back yards of the residences with a brick in his hand. When another police officer responded to the call he would found the fallen officer suffering from several gunshot wounds. At trial it was revealed that most of the shots were from close range. This teen killer would be sentenced to life in prison without parole.

For a third time, Nicholas Lindsey was sentenced to life in prison for the 2011 murder of St. Petersburg police Officer David Crawford.

In a hearing Friday attended by dozens of police officers and Crawford’s family and friends, Pinellas-Pasco Circuit Judge Thane Covert read a 26-page order outlining why he believes Lindsey, 21, should continue to spend the rest of his life in a prison cell.

Nicholas Lindsey, who was 16 at the time of the murder, is entitled to a review of his sentence after 25 years under new sentencing guidelines for juveniles.

“This is a tragic situation,” Covert said. “A police officer lost his life. His family, friends, and colleagues lost a valued member who was serving this community with valor.

“This young man has lost his ability to live freely for many years.”

Last week, Lindsey’s attorneys argued in front of Covert that his sentence should be reduced to 40 years based on a new law passed by the Legislature in light of a U.S. Supreme Court decision that found mandatory life sentences for juveniles violated constitutional protections against cruel and unusual punishment.

Covert denied the motion. But under current law, a judge must consider several factors before sentencing a juvenile convicted of murder to life, including the defendant’s age, potential for rehabilitation and the effect on the victim’s family.

Defense attorneys argued that Lindsey showed signs of rehabilitation because he obtained his GED and attended several other classes while in prison.

Prosecutors disagreed, and presented 10 disciplinary reports from the Florida Department of Corrections that showed while in prison Lindsey has engaged in fighting, cut another inmate’s face with a sharp object and was found with contraband: marijuana and a cellphone.

“It cannot be said that the defendant’s actions reflect a strong potential for rehabilitation,” the judge said. “His violent behavior has continued since the murder.”

On Feb. 21, 2011, Crawford responded to a report about a possible car break-in near Eighth Street and Third Avenue S. Crawford, a 25-year police veteran, saw Lindsey and stepped out of his cruiser to talk with him.

The 46-year-old officer was holding only a notepad when Lindsey, brandishing a gun he bought for $140, fired five times.

Crawford died one month after St. Petersburg police Sgt. Tom Baitinger and Officer Jeffrey Yaslowitz were also killed in the line of duty.

A jury convicted Lindsey of first-degree murder in 2012, and Covert sentenced him to life in prison without the possibility of parole, the only possible sentence at the time.

Then the Supreme Court ruled that mandatory life sentences for juvenile offenders were unconstitutional and that courts must consider mitigating factors.

In 2013, Lindsey got such a hearing. Covert again gave him a life sentence.

The next year, the Florida Legislature passed a law in response to the Supreme Court decision. The law called for a minimum sentence of 40 years for first-degree murder, resulting in Lindsey’s attorneys’ motion and the third sentencing.

After the hearing, Crawford’s daughter, Amanda, embraced loved ones outside the courtroom.

“It’s just,” she said of Lindsey’s life sentence. “My dad lost his life. He needs to serve his life.”