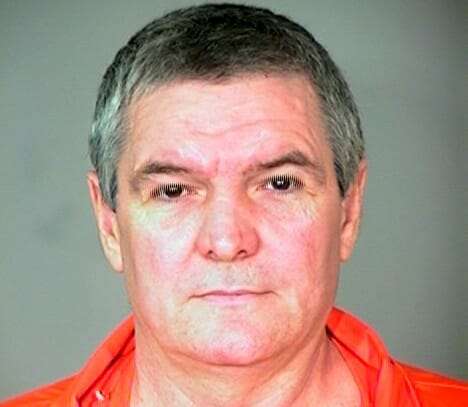 For 20 years, Patty Hancock refused to buy new Christmas stockings for her children because they wouldn’t match the one that belonged to her slain daughter, Mandy.

After the execution Wednesday of one of the two men who raped and murdered Mandy and her friend Mary Snyder on July 8, 1991, Hancock announced she was ready to begin a new phase in her life. It is OK to get new stockings.

Richard Dale Stokley, 60, was pronounced dead at 11:12 a.m. after receiving an injection of pentobarbital.

Richard Stokley was sentenced to die in July 1992 for killing Mandy Meyers and her friend Mary. Both girls were 13.

His death was witnessed by more than a dozen family members and lawyers involved in the case.

Richard Stokley was chatty with the medical personnel who spent 52 minutes trying to find veins that could be used to administer the pentobarbital – a drug used to both sedate an inmate and stop his heart. But when Stokley was asked if he had any final words, he simply responded, “Nah.”

He warned the medical team he had hepatitis, told a phlebotomist joke and assured them he was doing fine.

“I grew up a long time ago,” Stokley said. “I do wish I could die doing something meaningful, you know. This seems like such a waste.”

After finally assessing the final vein they needed, one of the team members told Stokley he “did good.”

“Thank you,” Stokley replied. “You did too, all of you young guys and all of you all.”

The pentobarbital rendered Stokley unconscious five minutes after the first dose was administered. The second dose was then given.

At 11:03 a.m. Stokley’s body convulsed one time. He was pronounced dead nine minutes later. He never looked at the crowd watching from the other side of the glass.

Hancock said Richard Stokley should have apologized to the families but wasn’t surprised he did not. “What do you expect from a heartless man with no soul?” she asked.

“We’ll finally have a holiday where we don’t have someone on death row or in prison,” Dennis Hancock said. “I hope it will be a joyous one, but there will always be someone missing.”

Mary’s sister, Elisha Gonzales, broke down when recounting all of the milestones her sister never got to experience.

Stokley’s execution was a “long time in coming” and now there will hopefully be a time of healing and peace, Gonzales, 39, said. Her parents were not emotionally up to witnessing the execution, but were on the grounds of the prison, Gonzales said

On July 7, 1991, Mary and Mandy went to a community celebration near Elfrida. Witnesses said they saw 20-year-old Randy Brazeal talking to the girls at their campsite and later while next to Brazeal’s father’s car with Stokley beside him.

About 1 a.m., the girls told friends they were going to the restroom, and they were never seen alive again.

The next day, Brazeal turned himself in to Chandler police and Richard Stokley was arrested in Benson.

The girls’ nude bodies were found in an abandoned mine shaft. They’d been raped, strangled, stabbed and stomped.

Brazeal was sentenced to two concurrent terms of 20 years after being allowed to plead guilty to second-degree murder. He had invoked his right to a speedy trial, and prosecutors said they offered him a plea agreement for fear they would not have the DNA evidence back from the lab before his trial date.

Brazeal was released from prison last year and is now living in another state, Hancock said. Although Stokley is now dead, there will never really be closure for her because Brazeal is out there, Hancock said.

“I’m worried I will get a phone call that he murdered someone else’s children,” Hancock said.

At the time of this sentencing on July 14, 1992, Stokley said he did not deny culpability, but said there was no premeditation on his part. He also said he’d been made a scapegoat.

“What I am guilty of is being an irresponsible person for most of my life, running from responsibility, living in a fantasy world, and it was my irresponsibility on the night that this incident occurred that involved me in the incident. … There is no words that can express the grief and the sorrow and the torment I have experienced over this, but I am just going to leave everything in the hands of God because that’s where it is anyway.”

Stokley was the sixth person to be executed in Arizona this year.