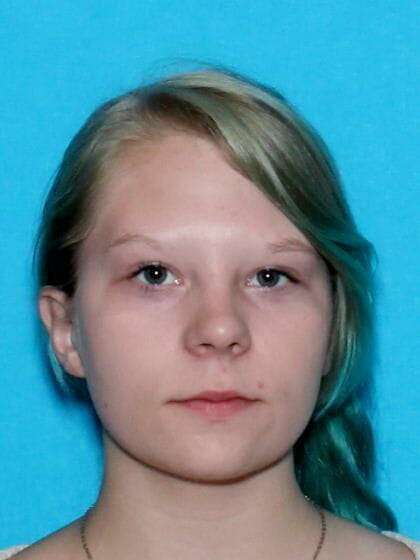 A five-day trial didn’t reveal why two teenagers shot and killed 39-year-old Patrick Alltus at his Riverside home on Sept. 30, 2014.

But an Okanogan County jury was convinced beyond a reasonable doubt that his niece, Shalin E. Alltus, was just as guilty as Parker Bachtold.

At sentencing, defense lawyer Kelly Seago told the judge that Shalin Alltus had been raped and kidnapped at age 13, and that past and family issues should be considered before sentencing, the lawyer said. Seago also accused Patrick Alltus of sexual misconduct with his niece, and said she was too afraid to reveal that relationship to police.

“He’s the one person I had that I loved,” Shalin Alltus told the judge before she was sentenced. “I was very scared to explain the relationship with my uncle because I don’t want him to be seen as a bad guy,” she said, adding, “I just want you to know I never would have wanted this to happen.”

Judge Henry Rawson told her that she had ample opportunity to tell her story — to a State Patrol trooper who stopped them after they fled the murder, to a motel manager in Oregon, or to Bachtold’s parents before her arrest.

They deliberated for about four and a half hours.

Bachtold pleaded guilty to the same crimes earlier this month and was sentenced to 30 years in prison.

Now both 18, Alltus and Bachtold were 16 years old when Patrick Alltus was discovered dead a few days after the killing.

During Alltus’ trial, no clear motive was revealed. But Alltus testified under questioning that she had twice had sex with Bachtold, and that her uncle did not allow them to sleep together.

A woman who murdered her uncle in Riverside in 2014 must be resentenced, with an appellate court ruling that she was denied a chance to present evidence that might have affected her 38-year-prison term.

After her conviction in 2016, Shalin E. Alltus, now 21, asked Okanogan County Superior Court Judge Henry A. Rawson to order a presentence report and allow her lawyers to investigate mitigating circumstance. Rawson turned her down on all counts, and as a result last week the state Court of Appeals threw out her 38-year sentence.

Rawson should have accepted the request, Appellate Judge Laurel Siddoway wrote for the three-judge panel, in part because Alltus was only 16 at the time of the murder. The issues Alltus sought to raise in a presentence investigation, Siddoway wrote, “were the type of matters our Supreme Court requires sentencing courts to consider when a juvenile is involved.”

Alltus and her then-boyfriend Parker Bachtold, also 16, shot and killed her uncle Patrick Alltus, 39, in his Riverside home in October 2014. Both had been living on his property, and fled to Oregon after the murder.

Bachtold pleaded guilty to first-degree premeditated murder, first-degree robbery, theft of a motor vehicle, and two counts each of theft of a firearm and unlawful possession of a firearm. At trial Alltus blamed the murder solely on Bachtold, while while Bachtold testified that he and Alltus both shot the victim, with Alltus firing first.

A jury convicted Alltus on all counts, and Rawson sentenced her the following afternoon, turning down her lawyers’ pleas for a delay and presentence investigation. The judge said such report “would add nothing significant” for consideration.

But Alltus’ attorneys said the report would touch on her ongoing psychiatric treatment and counseling, her family history and upbringing, and a rape and kidnapping Alltus experienced at age 13.

The appellate court said while Rawson’s handling of the sentencing phase did not invalidate Alltus’ conviction, it did require remand for a new sentence, after a presentence report is prepared by qualified investigators with the Department of Corrections.

The sheriff’s office is investigating the death of Patrick M. Alltus, 39, Riverside, as a possible homicide. On the evening of Sunday, Oct. 5 county deputies responded to a call at 151 Hosheit Road in the Tunk area regarding a death. When they arrived on the scene they contacted a friend of Alltus who said he had found the victim in his residence, according to Sheriff Frank Rogers.

“At this time we are treating it as a murder investigation. We are not putting out what we found at the scene at this time so that investigators have time to process the scene. It is evident that there was a lot of violence at the scene but we are not sure of exact cause of death for Alltus,” said Sheriff Rogers on Monday.

The two 16-year-old teenagers living at the residence were not on the scene and Alltus’ pickup was missing, so authorities listed the pickup as stolen and put out an alert saying the teens were wanted for questioning. The sheriff’s office also warned that the two might be armed with a shotgun and pistol.

The teens were contacted by Oregon authorities on Oct. 1, but were not arrested at that time and it was still being determined where the teens were headed. Oregon authorities notified the Okanogan County Sheriff’s office on Monday, Oct. 6 that they had located the stolen 2004 Ford pickup from the homicide scene and had also located the two missing teenagers, Parker M. Bachtold and Shalin E. Alltus, in Douglas County, Oregon.

“Both of the teenagers have been taken into custody at this time for the stolen vehicle. Detectives from Okanogan Sheriff’s Office are en route to Oregon to make contact with law enforcement there. Bachtold and Alltus were located south of Eugene Oregon,” said Rogers.

Okanogan County Deputies and members of the Washington State Patrol Crime Lab went to the scene to investigate. The Crime Lab finished processing the crime scene late Monday night. The only information the sheriff’s office is releasing at this time regarding the scene is that the victim was shot several times, according to Rogers.

“Detectives believe that the two teenagers are the suspects in the homicide case and will be trying to determine what happened at the scene and a possible motive,” said Rogers, who added, an autopsy will be scheduled for Patrick Alltus.