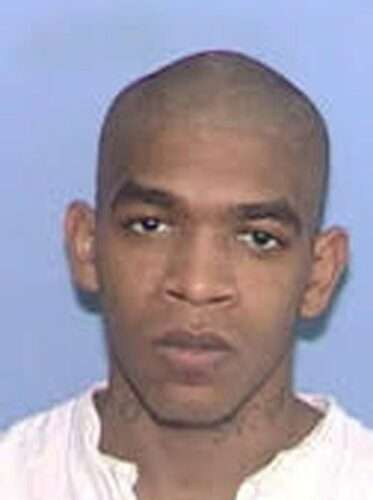 Texas on Wednesday executed a man convicted of opening fire at a children’s birthday party in 2008, believing a rival gang member was present and fatally shooting a woman and her 5-year-old granddaughter in a spray of bullets.

It was the ninth execution this year in the United States, and the 550th in Texas since the U.S. Supreme Court reinstated the death penalty in 1976, the most of any state. Texas has put five inmates to death this year.

“I might have lost the fight but I’m still a soldier. I still love you all. To my supporters and family, y’all hold it down,” Davila was quoted by prisons officials as saying in his last statement.

Prosecutors said Davila was a member of the Bloods street gang and drove by the party in Fort Worth, believing that members of the rival Crips gang were there.

Using a semiautomatic rifle with a laser scope, he fired numerous shots into the group while attendees were eating cake and ice cream at the “Hannah Montana”-themed party for a girl, killing Annette Stevenson, 48, and her granddaughter, Queshawn Stevenson, court documents showed.

He also wounded three other children and one woman, according to the documents.

It took jurors about four hours to convict Davila at his trial in 2009.

Texas said he confessed to the killings and told investigators he intended to “have a shoot-‘em-up” and kill the father of Queshawn Stevenson, a rival gang member who was not injured in the attack.

Davila’s lawyers had asked the U.S. Supreme Court to halt the execution, arguing in a last-minute appeal that prosecutors in his trial violated a court decision by hiding evidence favorable to the defense of Davila being high on drugs at the time of the shootings.

They also said it was inappropriate for his former trial judge, now the prosecuting attorney, to seek his execution date.

The court rejected the appeal without providing details, issuing its decision less than 15 minutes before the planned execution time.