A Texas man convicted of fatally shooting a retired sheriff’s deputy during the robbery of an amusement center more than a decade ago was put to death Tuesday.

John Manuel Quintanilla received lethal injection for gunning down 60-year-old Victor Billings at a game room in Victoria, about 125 miles southwest of Houston. The 2002 slaying came just a few months after Quintanilla had been released from prison after serving a sentence for several burglary convictions.

Asked to make a final statement before his execution, Quintanilla told his wife he loved her.

“Thank you for all the years of happiness,” he said. He never acknowledged his victim’s friends or relatives, including two daughters, who watched through a window.

As the lethal drug began taking effect, he snored about a half dozen times, then stopped breathing. He was pronounced dead 15 minutes after being given the drug.

Quintanilla’s wife, a German national who married him by proxy while he was in prison, watched through an adjacent window and sobbed.

Quintanilla, 36, became the ninth Texas inmate to receive lethal injection this year and the 501st since the state resumed carrying out capital punishment in 1982. His was the first of two executions set for this week; the other is planned for Thursday.

His lawyers contended his confession was coerced by authorities threatening to also charge one of his sisters and that the statement improperly was allowed into evidence at his trial in 2004. The lawyers obtained affidavits from two jurors who said the confession was key to their decision to convict him.

“It is clear that Quintanilla would not have been convicted of capital murder if his confession had not been admitted – a fact confirmed by two of his jurors,” appeals lawyer David Dow told the high court.

“There wasn’t any coercion whatsoever,” Dexter Eaves, the former Victoria County district attorney who was lead prosecutor at the trial, recalled last week. He also said that while the robbers, who fled with about $2,000, were masked, witnesses were able to “describe very clearly who the triggerman was.”

Court records show Billings, a retired chief deputy from nearby Edna in adjacent Jackson County, was at the game center with his wife on the Sunday before Thanksgiving in 2002 when the gunmen came in through a back door. Billings approached one of them and grabbed the barrel of the gunman’s rifle “so no one else was going to be hurt, and paid for it dearly,” Eaves said.

He said Billings was shot three times, the last one fired while he was on his knees.

During questioning by detectives for an unrelated robbery some two months later, Quintanilla made references to the still unsolved Billings case, then led authorities to a canal where divers recovered items used in the holdup.

Prosecutors bolstered their case for Quintanilla’s future dangerousness by presenting evidence he attacked a jailer with a homemade weapon while awaiting trial.

On Thursday, another Texas inmate is set for lethal injection. Vaughn Ross, 41, is to be executed for a double slaying in Lubbock in 2001. 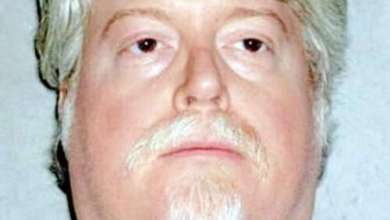 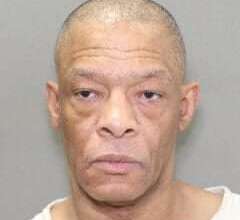