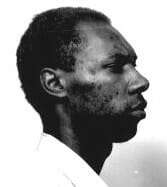 With the execution of two men this week, Texas has put to death 17 people — more than any other state — since 1977 and plans at least one execution per month for the rest of this year, the attorney general said Friday.

Larry Smith, 30, was put to death by injection early Friday for murdering a convenience store manager during a $25 robbery. His execution was the second in Texas in 48 hours. Another death row inmate is scheduled to die Tuesday.

After Larry Smith was pronounced dead, Attorney General Jim Mattox said he expects at least one execution a month in Texas during the remainder of 1986. Two inmates scheduled to die on consecutive days in September are not expected to win stays.

‘I think it will gradually grow more and more, and I think the inmates on death row are sensing, and their lawyers are sensing, that factor, and are gradually realizing there are few issues that affect all cases that remain to be litigated,’ Mattox said.

Although the Supreme Court lifted the nationwide ban on capital punishment in 1976 and the first execution came the next year, Texas didn’t reinstate the practice until 1982.

In just four years, however, Texas is leading the nation in executions, with seven of the 17 executions this year.

As Larry Smith awaited death, he said from the gurney, ‘All I want to do is tell my mother that I love her and to continue on without me and tell her may God bless her. I also want to tell the other guys on death row to continue their struggle to get off death row. That’s about it.’

As the lethal dose of drugs took effect, Smith’s eyelids fluttered several times. He coughed loudly three times before making a choking noise twice and taking a final gulp of air. He was pronounced dead at 12:24 a.m. CDT.

A series of federal courts, including the Supreme Court, rejected requests to block Smith’s execution in the hours before his death.

Another death row inmate, Chester Lee Wicker, is to be executed Tuesday for the 1980 murder of Suzanne C. Knuth. She was abducted from a Beaumont shopping center, choked and buried alive on a Bolivar Peninsula beach