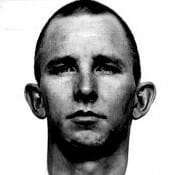 An addict helped technicians find veins in his drug-scarred arms as he was executed today for beating, slashing and burning to death a mother of four at a drive-in movie theater where she worked.

″I’d like to say goodbye to my family,″ Randy Lynn Woolls, 36, said in a final statement. ″I love all of them.

″I’d like to tell the people fighting against the death penalty to continue their work. I’d like to say I’m sorry for the victim and family, and I wish there was something I could do to make it all right.″

″He was helpful in flexing his fist in attempting to make his veins come out,″ Mattox said. ″He said because he was a heavy drug user, people would have a difficult time finding his veins.″

The injections were made near a tattoo of a buzzard grasping a syringe on his right arm and pictures of the Grim Reaper and a swastika on his left arm.

Woolls is the 16th Texas inmate put to death since the state resumed executions in 1982 and the fifth this year. He was the 63rd person executed in the United States since the death penalty was restored in 1976.

Woolls said he was introduced to drugs about age 13 and that drug use was responsible for each of his three prison sentences.

″My whole complaint is that I’m being executed for a crime I can’t remember committing,″ he said. ″I was flipped out on drugs.

″I don’t know what’s supposed to be done with me. I don’t know whether I deserve a life sentence. I feel death is a little severe for something that was a mistake.″

The condemned killer said he was high on Valium injections and malt liquor on June 16, 1979, when Betty Stotts, 44, of Kerrville, was killed.

″They said I beat this woman down with a tire tool, cut her throat, then I piled everything in the booth on top of her and set it on fire,″ Woolls said recently. ″Then while this booth is on fire, I’m sitting there selling tickets to people coming into the show. Then I get in her car and drive inside the show and am sitting inside the show in her car when the cops got there. It’s obvious I was out of my mind.″

″We had him in the theater in her car. Her blood was on money in the car,″ Sutton said. ″There was no question about guilt or innocence. The punishment was well deserved for the crime he did.″

Mrs. Stotts’ daughter, Deborah, said her mother was a deeply religious person who had a such a premonition of death that she left her husband and four children letters written just a few days before her slaying.

In the letters, found after her death, Mrs. Stotts told her family she would not always be with them in body, but would in spirit.