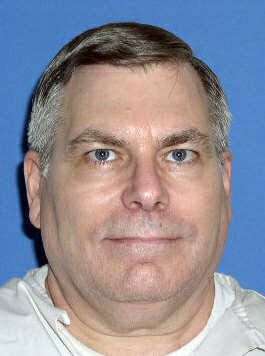 The oldest prisoner on death row in Texas was executed tonight.

Lester Bower Jr. received a lethal dose of pentobarbital for killing four people in an airplane hangar on a ranch about 60 miles from Dallas in 1983. He was executed hours after the U.S. Supreme Court rejected an appeal from his lawyers.

The Associated Press reported Bower snored quietly half a dozen times after receiving the injection and then stopped moving. He was pronounced dead 18 minutes later.

Lester Bower, 67, has maintained his innocence, saying the men were alive when he left after buying an airplane. Prosecutors said he wanted to buy the airplane from one of the men, but in an attempt to hide the purchase from his wife, he went to the hangar and stole it.

Bower initially lied to his wife and investigators. He later admitted that he had been to the ranch where the four victims — Bob Tate, Philip Good, Jerry Brown and Ronald Mayes — were found. Good was a sheriff’s deputy and Mayes was a former police officer.

Parts of the plane were later found in his home and he was unable to produce a receipt for the airplane.

Lester Bower is the eighth inmate in Texas to be executed this year.