Authorities became suspicious about the deaths of a Lubbock couple in an explosion and fire that leveled their home, when the remains of the woman retrieved from the rubble showed a lamp cord was wrapped around her neck.

Medical examiners determined 53-year-old Carol Yowell had been strangled before the blast on Mother’s Day weekend in 1998.  An autopsy on the remains of her 55-year-old husband, John, disclosed he’d been shot in the head.

Their ex-convict son appeared at his parents’ home later that day, was arrested on federal firearms charges and days later was charged with capital murder for their slayings.

He would be the 14th inmate this year executed in Texas, which carries out the death penalty more than any other state.

The U.S. Supreme Court refused Monday to review Yowell’s appeals that he received shoddy legal help at his 1999 trial and in the early stages of appeals.

Yowell tried to head off the punishment by joining with two other Texas death row inmates in a lawsuit against Texas prison officials, contending that the use of a new supply of pentobarbital in executions could be unconstitutionally cruel because the drug comes from a compounding pharmacy not subjected to federal scrutiny.

Texas, like other death penalty states, has turned to compounding pharmacies, which custom-make drugs for customers, after traditional manufacturers declined to sell to prison agencies or bowed to pressure from execution opponents. Texas’ previous supply of pentobarbital expired last month.

In the lawsuit, Yowell sought an injunction to delay the execution and gain more time to ensure “the integrity and legality” of the drugs and be certain its use complies with constitutional protections.

The 5th U.S. Circuit Court of Appeals late Tuesday rejected the lawsuit, saying Yowell was demanding permission “to supervise every step of the execution process” and had “no such entitlement.” They also agreed with a federal district judge in Houston who ruled similarly that Texas prison officials had done nothing wrong.

Evidence at Yowell’s 1999 trial showed he had a $200-a-day drug habit that he stole to support. At the time of the slayings, he was on probation for burglary and drug possession.

Yowell told authorities he shot his father, who caught Yowell trying to steal his wallet, beat and strangled his mother and then opened a gas valve in their home before fleeing.  His grandmother, Viola Davis, 89, who was at the home in Lubbock, died days later of burns suffered in the blast.

“A lot of what was going on with me was hallucinations,” Michael Yowell, who declined interview requests with The Associated Press as his execution date neared, said in a 2005 interview with Lubbock television station KCBD.  “I had been up for the past two months on speed and cocaine.

“Sorry couldn’t even begin to tell how I feel about what happened.” 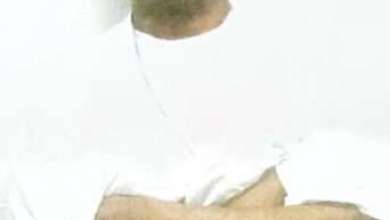 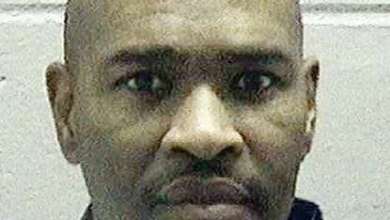