Nathaniel Abraham was just eleven years old when he shot and killed a man. According to court documents Nathaniel Abraham was playing with a gun when he took aim at a man some distance away. The man was struck in the head and died instantly. This teen killer would be sentenced to eight years in youth detention. Since his release Nathaniel Abraham can not stay out of trouble and currently he is back in prison serving a long sentence for drugs

Nathaniel Abraham hardly presented the image of a deadly killer. Wearing oversized prison garb, the 65-pound boy appeared tearful and bewildered at pre-trial hearings. But prosecutors argued that Nathaniel was exactly the type of juvenile offender the 1996 law had meant to target. Police had previously suspected him in almost two dozen crimes, including burglary and assault. For a variety of reasons, however, the boy had never been formally charged.

Nathaniel Abraham’s case drew the attention of attorney Geoffrey Fieger, who had previously defended “Dr. Death,” Jack Kervorkian. Fieger took on the job pro bono and began a series of motions and appeals that delayed the trial until October 1999.

When the trial finally opened on October 29, prosecutor Lisa Halushka wrote down these words for the jury to read: “I’m gonna shoot somebody.” This, she claimed, was what Nathaniel Abraham had said to his girlfriend days before the killing. As the trial progressed, Halushka called witnesses who supported the idea that Nathaniel’s act had been a premeditated murder. He had stolen the rifle, then practiced target shooting at balloons. He had also fired the gun at a neighbor’s house, barely missing the occupant, just before the fatal shooting. Later, Halushka noted that Nathaniel had told police conflicting stories about the shootings—proof that he knew what he had done, and that it was wrong.

Defense attorney Fieger argued that the shooting was an unfortunate accident. Nathaniel Abraham did fire the gun, yes, but was not trying to hit anyone. Fieger also introduced testimony from an expert marksman. The witness said that it would be almost impossible to deliberately hit a small target from more than 200 feet—the distance Nathaniel was from the victim—using the old, battered rifle the boy had fired.

Fieger also called on child psychologists to describe Nathaniel Abraham’s mental state. The boy, these experts testified, had an IQ of 70, and at the time of the murder, his thought processes were like those of a seven-year-old. Fieger tried to prove that Nathaniel lacked the mental capacity to form the intent to kill. A prosecution psychologist witness, however, testified to rebut this claim.

Outside the courtroom, the trial provoked massive public interest. The CBS television magazine 60 Minutes profiled the case, and Oakland County Prosecutor David Gorcyca admitted the Michigan social system had failed to help Nathaniel in the past, despite his impaired intelligence and previous brushes with the law. Gorcyca said he owed the boy’s mother, Gloria, an apology. An upset Mrs. Abraham replied, “Owe me an apology! To say the system failed but they still want to try my child as an adult? This is ridiculous.”

Nathaniel Abraham Sent Back To Prison For Selling Drugs

Nathaniel Abraham, who made national news when convicted of murder at the age of 11, is headed back to prison.

Abraham, now 33, of Pontiac was sentenced Tuesday in Oakland County Circuit Court to 6 to 40 years in prison for selling drugs to an undercover police officer in Farmington Hills. He pleaded guilty as charged May 28 to delivery of methamphetamine and heroin, felonies that carry up to 20 years in prison.

Abraham was also charged as a habitual offender, fourth offense, which can carry up to life in prison.

“Mom, this isn’t bad — he could have received a much higher sentence,” said defense attorney James Galen, trying to comfort Abraham’s mother, Gloria Abraham, outside the courtroom with a dozen other relatives and friends.

“If he does what he is supposed to do, he will be out before too long.”

“Under the habitual offender offense, he could have had up to life,” the attorney said. “I think Judge Chabot recognizes he can better himself.”

Nathaniel Abraham is currently incarcerated at the Muskegon Correctional Facility

Nathaniel Abraham first opportunity for release is in 2025. His maximum release date is 2059

As Nathaniel Abraham’s most recent legal troubles play out in court, the man notorious for being the state’s youngest convicted murderer is being held in isolation at the Oakland County Jail, said his attorney — which he calls “cruel” and unwarranted.

“I think it’s very extreme,” said James Galen, following a court hearing Thursday before Judge Ronda Fowlkes Gross of Pontiac’s 50th district court. “I truly believe it’s in retaliation or retribution for (the incident with deputies that led to his arrest Aug. 6) — and for who he is.”

Abraham, 32, is charged with indecent exposure, alleged by a Pontiac woman Aug. 6, and three felony counts of assaulting a police officer/resisting arrest on Aug. 8 when he was chased down for not appearing in court that day as authorities say he promised to do. One of the assault charges includes causing injury to an officer, punishable by up to four years in prison.

Galen said Thursday that Abraham has been in the jail’s “K-Block” since at least Aug. 20, which he describes as a group of “6-foot by 8-foot cells” each holding one inmate only. “He’s locked in at least 23 hours a day,” Galen said.

What landed Abraham in that section of the jail is unclear, but Galen said he was told by a lieutenant with the Oakland County Sheriff’s Office that it was due to an incident at the jail, yet didn’t elaborate. Galen said he has no knowledge of Abraham being given “any tickets” during his most recent incarceration.

Galen raised the jail issue with Gross during Thursday’s hearing, but the judge said it isn’t hers to decide.

Galen also asked for a reduction in Abraham’s $25,000 bond — claiming Abraham isn’t a flight risk and poses no danger to others or himself. Gross said she’s taking it “under advisement,” indicating she may consider a change following a preliminary exam next Tuesday.

Testimony will be offered at the Aug. 28 preliminary exam for Gross to determine if Abraham will be bound over to circuit court for the charges of assaulting/resisting police. Galen is building his case on what he says is a misunderstanding by Abraham due to a written notice he received after posting an interim bond for the misdemeanor indecent exposure charge, indicating his next court appearance was Aug. 20. However, an Oakland County sheriff’s deputy visited Abraham at his home on Aug. 7 and explained he was instead required to appear Aug. 8. Abraham failed to show up that morning as he was supposed to, and soon after was spotted walking down a street in Pontiac. That led to him being chased down and resulted in the resisting and assault charges.

Abraham also has a hearing before 50th District Judge Preston Thomas on Aug. 28 for the indecent exposure charge.

At age 11, Abraham shot to death a man outside a Pontiac party store, using a stolen rifle. He was incarcerated until just before his 21st birthday. Less than two years later, he pleaded guilty to drug charges and was imprisoned until June 28, 2017. While in prison, he pleaded guilty to assaulting a prison employee. He was released from parole on June 28 of this year. 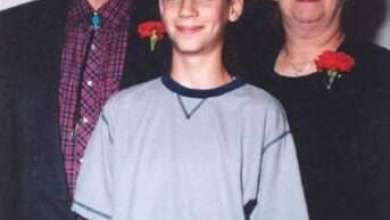 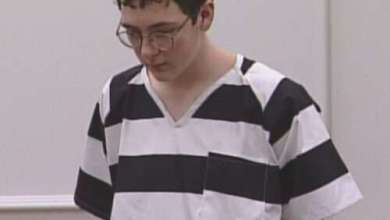 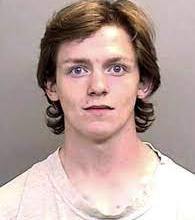 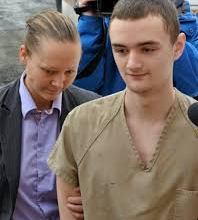