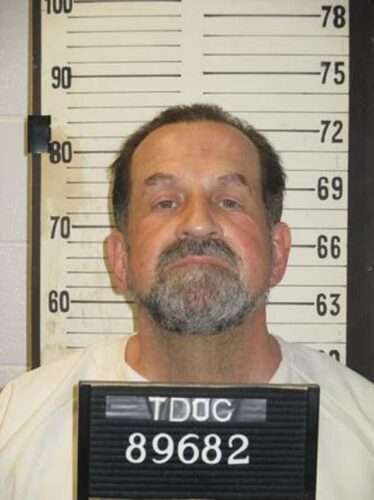 Nicholas Sutton, a multiple murderer who was sentenced to death for fatally stabbing a fellow inmate, was executed Thursday night by electric chair at a Tennessee prison.Sutton was pronounced dead at 7:26 p.m. (8:26 p.m. ET), according to a news release from the Tennessee Department of Correction.Sutton was convicted in 1981 of killing three people and sentenced to life in prison, where he killed another prisoner. But, according to his lawyer, Sutton at three different times had saved the lives of corrections officers.Gov. Bill Lee on Wednesday denied Sutton’s clemency bid and the US Supreme Court on Thursday denied Sutton’s attorney’s application for a stay of execution.

Sutton, 58, had been on death row since 1985. He was the fifth person to die by electric chair in Tennessee since November 2018.In his final statement, Sutton thanked his wife and God.”I hope I do a much better job in the next life than I did in this one,” he said. “If I could leave one thing with all of you, it is, don’t ever give up on the ability of Jesus Christ to fix someone or a problem. He can fix anything. Don’t ever underestimate His ability. He has made my life meaningful and fruitful through my relationships with family and friends. So, even in my death, I am coming out a winner.”Amy Large Cook, whose brother was killed by Sutton, told reporters she didn’t know whether she would ever have closure.Her brother “was denied the opportunity to live a full life with a family of his own,” she said. “My children were denied meeting a wonderful man who would have spoiled them rotten and loved them with all his heart. He suffered a terrible and horrific death and for that I will never forgive Mr. Sutton.”

Sutton is credited with saving the lives of multiple correction officers, according to the clemency application that defense lawyer Kevin Sharp sent to the governor in January.One of those officers, Tony Eden, says Sutton saved his life during a prison riot in1985.”A group of five inmates, armed with knives and other weapons, surrounded me and attempted to take me hostage. Nick and another inmate confronted them, physically removed me from the situation and escorted me to the safety of the trap gate in another building,” Eden, a retired corrections official said in the clemency application. “I owe my life to Nick Sutton.”

Cheryl Donaldson, former manager of a prison where Sutton was housed, said she slipped and fell in 1994 while carrying her keys and radio, according to the application. She said other inmates could have taken advantage of her.”Nick, however, did exactly the opposite. He sprang into action, helped me to my feet, retrieved my keys and radio, and alerted staff to come to my assistance,” she said.Sheriff’s Deputy Howard Ferrell, who is now deceased, testified that in 1979 Sutton stopped another inmate from hitting the back of his head in the Hamblen County, Tennessee, jail, according to the clemency application.It’s unusual for corrections officers to speak well of inmates, said Jim Aiken, who serves as an expert witness in civil and death penalty cases.”There’s this old adage in corrections… ‘If you can’t say nothing bad about an inmate, you don’t say nothing at all,'” Aiken said.

While in prison, Sutton killed Carl Estep by stabbing him 38 times. The feud was sparked over drugs, said Sharp, Sutton’s lawyer. Inmates said Estep was a drug dealer and had threatened to kill Sutton.

When Sutton was 19, he was convicted of first-degree murder and sentenced to life for killing his grandmother, Dorothy Sutton, 58. Her body was found wrapped in plastic bags and chained to a concrete block at the bottom of the Nolichuckey River, according to the Tennessean.He received two life sentences in 1981 after pleading guilty in North Carolina to second-degree murder in the deaths of John M. Large, 19, and Charles P. Almon, 46, according to the Asheville Citizen.Sutton was sentenced to death in Tennessee based on three statutory aggravating circumstances — having been previously convicted of first-degree murder, being incarcerated at the time of Estep’s murder and the murder being “heinous, atrocious, or cruel.”

Charles Maynard remembers going camping with Almon, his uncle. He also remembers when Almon’s body was found months after he went missing.But he says Sutton should not be put to death.Maynard said he became more involved in Sutton’s case after one of his aunts told him “you know that man is on death row and you know we don’t need to kill him.”Maynard, a Methodist minister, kept a close eye on the case and wrote a letter to the governor asking for clemency. His daughter, Anne Lee, never knew Almon but became an advocate for Sutton after speaking to someone from the Post Conviction Defender’s Office in Knoxville.Lowell Sutton, who knew Sutton as a child and was Dorothy Sutton’s nephew, says also supports clemency. He says Nicholas Sutton was a “victim of circumstances” who grew up in a troubled household with an unstable father.Amy Large Cook wants Sutton executed.She was 11 when her brother, John Large, disappeared.Cook said she has read the comments by jailers and people he helped in prison and doesn’t believe it.”I want him to be electrocuted,” she said. “But for his sake I hope he has changed and he has nobody to be judged by except his maker.”

Sutton’s choice to be executed by electric chair comes as Tennessee’s faces problems with lethal injection.He, along with dozens of inmates, say lethal injection creates state-sanctioned torture. Tennessee law lets those sentenced to death for a crime that happened before 1999 to choose between electrocution or lethal injection.Sutton’s attorney Kevin Sharp said Sutton’s legal team will continue seeking relief.”His execution is opposed by many family members of victims, many of the jurors who originally sentenced him to death but recognize his changes, and by the extraordinarily high number of correction professionals who came forward on his behalf,” Kevin Sharp said in a statement.Sutton was the seventh man executed by the state since Tennessee resumed capital punishment in August 2018, and the first for killing another inmate,