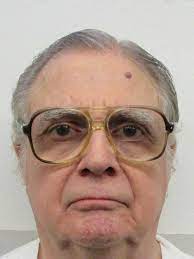 Thomas Arthur, who had escaped execution seven times in the past, was put to death for the 1982 killing of Troy Wicker. He was pronounced dead at 12:15 a.m. Friday, according to Alabama Department of Corrections spokesman Bob Horton.

The U.S. Supreme Court denied a stay of execution at 10:45 p.m. Thursday, an hour and fifteen minutes before Arthur’s death warrant was set to expire.

ADOC Commissioner Jeff Dunn said Arthur made the following statement before being put to death: I am sorry I failed you as a father. I love you more than anything on earth.

Media witnesses said Arthur’s oldest daughter, Sherrie Stone, was present for the execution. They also reported that there appeared to be no complications as Arthur was being put to death.

Shortly after his execution, Stone spoke on her father’s life and death at an Atmore Holiday Inn Express.

“First of all, I would like to express my deepest sympathy for the family of Troy Wicker. I hope what has transpired today will allow them to have some peace and closure. I’ve never known for certain whether my father killed Troy Wicker,” Stone said.

“At times I was convinced he did. At times I believed he was innocent. Over decades you go through a roller coaster. Now I’ll never know the truth because the evidence that could prove if my father was innocent or guilty has not been tested using the latest DNA testing procedure.”

Arthur’s attorneys had earlier called for DNA testing that could implicate another person in the crime.

Gov. Kay Ivey on Thursday denied Arthur’s request for testing, saying that hair samples found at the scene that Arthur wanted tested were presented to the juries that heard Arthur’s conviction, “all of whom convicted Arthur of capital murder beyond a reasonable doubt.”

Stone went on to call for mandator DNA testing on all available evidence on all capital cases across the United States.

SCOTUS reviews a petition filed by Arthur’s attorneys asking that they have access to a cellphone while witnessing his execution.

“Deprived of access to a telephone, Arthur will be unable to seek legal redress if during the execution process, Alabama begins to subject him to cruel and unusual punishment. Arthur’s right of access to the courts will have been thwarted,” the petition reads.

U.S. District Judge Keith Watkins had previously denied the request on April 12, then the 11th Circuit U.S. Court of Appeals upheld that decision. The Alabama attorney general’s office argued in a brief Thursday that Arthur was just trying to delay his execution and had not filed the request in time

“It is clear that, had he so desired, Arthur could have brought this claim in a more timely fashion,” the brief said. “Because he did not, this court should protect the state’s enforcement of its criminal rules and procedures.”

Arthur had separately petitioned for a stay on the basis that the state’s method of execution would cause him cruel and unusual pain.

Multiple death row inmates have filed suit over the state’s use of the sedative midazolam, arguing that it does not properly render a person unconscious before administering the second and third drugs, allowing for cruel and unusual pain in violation of the Eighth Amendment.

In December, witnesses said death row inmate Ronald Smith writhed and coughed for the first 13 minutes of his execution after being injected with Midazolam; his attorneys called the execution botched.

Arthur’s attorneys cited Smith’s execution as a reason why they should be allowed access to a phone as they witness his execution.

“(Smith’s) counsel were powerless to do anything — having been barred from having access to a phone, they had no way to access the courts,” his petition reads.

Sonia Sotomayor was the lone justice to dissent from the court’s decision not to halt the execution.

The Supreme Court held in Glossip v. Gross that if death row inmates wished to not be executed with midazolam, they have to suggest an alternate way to die that is readily available.

Arthur has asked for death by firing squad or by a different assimilation of drugs. ADOC has successfully proved through litigation that neither of these alternatives are readily available.

He was sentenced to death in 1991 after asking a jury to give him capital punishment. Arthur reasoned that it would give him more time to successfully appeal his case.

“If I was permitted, I’d shake your hands,” he told them. In a recent interview with the Associated Press, with his scheduled execution days away, Arthur’s tone had changed.

“They are going to kill me this time,” he said.

Arthur, 75, most recently escaped death Nov. 3, winning a stay from the U.S. Supreme Court after his attorneys filed an appeal challenging the state’s method of execution.

His 1991 death sentence came after he was convicted for the third time of Wicker’s murder-for-hire. He had been found guilty twice before but both convictions were overturned.

It was Arthur’s second murder conviction. He was in prison for the 1977 murder of his sister-in-law. He was participating in a work release program, the court found, when Arthur disguised himself as a black man, broke into Wicker’s home, and shot him in his bed.

Arthur maintains that he didn’t kill Wicker. His attorneys say that no physical evidence links Arthur to the scene and that a key witness testified against him to win early release.

He also had an appeal pending in the Alabama Supreme Court which questioned whether the Alabama legislature improperly delegated authority over execution methods to the Alabama Department of Corrections, but that appeal was denied.

Despite the dwindling options of recourse left for him in the time leading up to his execution, Arthur remained determined to fight his sentence.

The Office of the Alabama Attorney General wrote in its responses to Arthur’s petitions that Arthur had spent the last two decades abusing the justice system.

“The prior seven execution dates were stayed as a result of Arthur’s long-term manipulation of the federal and state courts through civil litigation and successive collateral attacks. In the most notable instance, Arthur received a reprieve based on the presentation of perjured testimony,” the response read.

Horton said Arthur refused his breakfast and final meal. He has not had visitors, though he has spoken with attorneys and some of his children in the past 24 hours.

He requested to have a photo of his children in the execution chamber, which ADOC officials said he was allowed.

Arthur’s execution was the first carried out in the state this year. Two were carried out in 2016 — Christopher Brooks in January and Ronald Smith in December.

Before Brooks, the state didn’t carry out an execution for 21/2 years.

Executions halted due to a shortage of drugs used in executions, particularly the sedatives meant to render the condemned inmate unconscious before the injection of the fatal chemicals. Legal challenges to lethal injection also slowed the execution process.