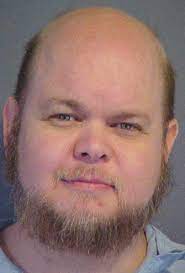 An Oklahoma man convicted of killing his wife with help from a relative of his mistress to collect insurance money was put to death by injection Thursday.

Timothy Shaun Stemple shook his head no when asked if he had any last words, as members of his family and his wife’s sat separately from each other watching the condemned man through glass.

The 46-year-old Stemple gasped for about 20 seconds, his eyes opened and he groaned. He then laid still with closed eyes and his face turned pale. He was pronounced dead at 6:11 p.m.

His family had asked the governor to stay the execution so that medical testimony disputing his accomplice’s account of the 1996 attack on Trisha Stemple could be heard in court. Stemple’s mother, his 21-year-old daughter and his sisters held each other by their hands and arms as he was being put to death. One of his sisters held his crying daughter’s face close to hers.

Afterward, Trisha Stemple’s sister, Deborah Ruddick-Bird, said the day was not about Timothy Stemple. She said it was “about justice, finality and closure for my gorgeous sister, Trisha, and my family.”

“Today we put a period at the end of the chapter that held us captive for far too long,” Ruddick-Bird told reporters. “Today we breathe again. Today we move forward and move on.”

Trisha Stemple, 30, was beaten with a plastic-covered baseball bat and run over by a pickup truck Oct. 24, 1996, along a Tulsa highway. Her husband maintained his innocence throughout the trial and appeals process. And at a clemency hearing last month, he declined to address Pardon and Parole Board members.

The board denied his plea for clemency.