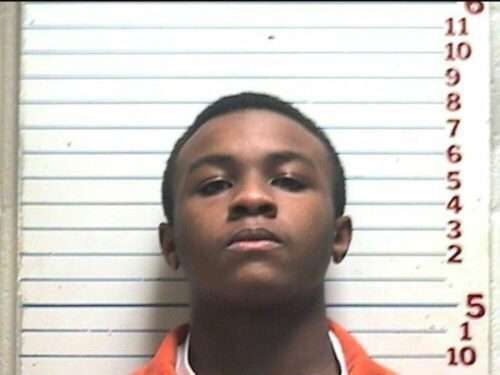 Lawton teenager charged in the death of a 2-year-old girl has been sentenced.

Zy’Quan Kelley pleaded guilty to second degree murder and was sentenced to 30 years in prison.

Authorities say Kelley was watching the girl with his brother in October 2018.

He was heard yelling at her before his brother said he heard four loud smacks. An autopsy report showed the girl died of blunt force injuries.

The 21-year-old brother of a teen convicted of second-degree murder for the 2018 death of a toddler left in his care pleaded guilty to enabling the fatal abuse and was sentenced to serve just under two years in prison.

After pleading guilty to enabling child abuse by injury, Marquavis Katez Kelley, 21, of Lawton, was sentenced by Chief District Judge Emmit Tayloe to 10 years with the Department of Corrections with 667 days to serve and eight years and 63 days suspended, as well as two years of DOC supervision and court costs along with a $1,000 fine, records indicate.

Kelley’s plea follows the Aug. 29 judgment and sentence of his brother, Zy’Quan K. Kelley, 19, of Lawton, after pleading guilty to second-degree murder. He was sentenced to serve 30 years in Department of Corrections custody with a $1,000 fine and court costs, records indicate. He will be allowed to apply for sentencing modification and received credit for time served.

Zy’Quan Kelley was charged in December 2018 with first-degree murder as a youthful offender.

Marquavis Kelley also was present at the apartment at the time of the child’s death and was arrested for enabling child abuse. He offered testimony in the case.

The Kelley brothers had been watching the 2-year-old over night. Marquavis Kelley told investigators that he had heard the toddler crying in a bedroom and the voice of Zy’Quan cursing and yelling at the girl to stop crying. Marquavis Kelley said he then heard what sounded like four loud smacks and then noticed the child was not crying anymore, nor was she making any noise. He entered the room and found the toddler to be unresponsive.

The Kelley brothers went into the room to check on the 2-year-old “twice over the next several hours,” court records show. The child remained motionless the whole time.

The next morning the Kelley’s mother came home from work, along with the girl’s mother, Catherine Francis, who was also arrested and charged with enabling child abuse. The boys’ mother went to sleep at 9:45 a.m., at which point the child was still unresponsive and cold.

Authorities were finally called at 10:03 a.m., more than six hours after the initial incident. During that time frame, no medical attention was sought, according to court documents.

According to the Oklahoma Medical Examiner’s report, the cause of death was “blunt force trauma to the head.” The child also suffered numerous injuries across her body.

Francis, who also remains in jail on $100,000 bond, waived her right to a jury trial on Jan. 9. She announced her intention to change a not guilty plea to guilty, records indicate. Due to COVID-19’s closure of the courthouse, her judgment and sentencing were postponed until 1:45 p.m. Oct. 22.