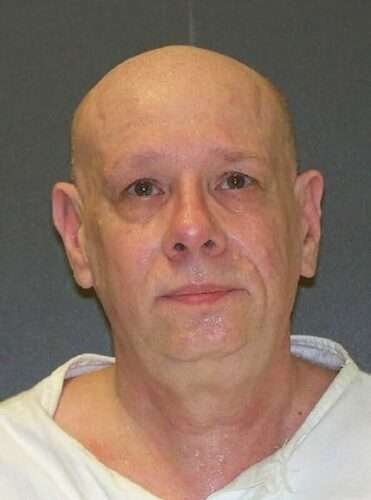 James Bigby was executed by the State of Texas for a double murder which included the death of a four month old infant. According to court documents James Bigby would fatally shoot Michael Trekell, 26, and Trekell’s infant son, Jayson Kehler, as Bigby believed Trekell was undermining a workers compensation lawsuit. James Bigby was also a suspect in two other murders but was never charged. James Bigby would be executed by lethal injection in March 14, 2017

After nearly 26 years on Texas’ death row and two sentencing trials, a man convicted in the death of his friend and a 4-month-old during a Fort Worth killing spree was executed Tuesday evening.

James Bigby, a 61-year-old with a history of paranoid schizophrenia, was convicted in the 1987 murders of Michael Trekell, 26, and Trekell’s infant son, Jayson Kehler, according to court filings. Bigby was also accused of killing Calvin Crane and Frank Johnson, but he wasn’t tried in those murders.

Bigby told police he killed the men because he believed they were conspiring with his employer to undermine a worker’s compensation case he had filed. He said he didn’t know why he killed the baby.

Just after 6 p.m. Tuesday, Bigby lay on the gurney in Texas’ execution chamber in Huntsville. He was injected with a lethal dose of pentobarbital at 6:17 p.m. and pronounced dead 14 minutes later, according to the Texas Department of Criminal Justice. He had no witnesses there on his behalf.

In his final statement, Bigby apologized to Grace Kehler, the mother of the infant he killed, and the families of Crane and Johnson.

“I’m sorry it went on for a terribly long time … I hope that my death will bring you peace and closure,” he said. “… I hope that you could forgive me, but if you don’t I understand. I don’t think I could forgive anyone who would of killed my children.”

Aside from his statement, Bigby also wrote a letter to Kehler, apologizing again, telling her he tried to drop his appeals earlier, and blaming his old employer, Frito-Lay, for his actions.

“Frito Lay caused my actions and they alone are to blame for what I did and it was not about money … attempts to kill me followed when I refused to settle or drop my legal suit,” he wrote.

Bigby had not filed any late appeals before his execution, and, even though he had been on death row for more than a quarter of a century, Tuesday was the first execution date he received, according to his lawyer, John Stickels.

“I believe that [Bigby] is resigned to the fact that he’s going to be executed, and I think he wants it over with,” Stickels told The Texas Tribune on Friday.

The killing spree started on the evening of Dec. 23, 1987, when Bigby and Trekell were watching television and making dinner, according to court filings. Bigby shot Trekell and attempted to suffocate 4-month-old Jayson with cellophane before drowning him in the sink.

Later that night, he visited Crane, another friend. Bigby convinced Crane to drive around to investigate whether Bigby was being followed. In the car, Bigby told Crane to pull over, and he shot him and left him dead on the road, according to an opinion from the Texas Court of Criminal Appeals. Then, around 3 a.m. on Christmas Eve, the opinion said, he drove Crane’s car to Johnson’s house and shot him several times when he opened the door.

He was arrested two days later after a SWAT standoff at a local motel. The mother of the infant, Grace Kehler, told police she knew Bigby had been hospitalized for mental illness more than once and that he had said before he wanted to go out “in a blaze of glory,” according to court documents.

During his trial, an insanity defense was shot down, and, at one point during a recess, Bigby got a hold of a gun Judge Don Leonard kept at his bench, went into Leonard’s chambers and tried to take him hostage in an apparent escape attempt, court records said. Bigby was eventually subdued, and Leonard continued to preside over the trial.

“There’s a lot of things about this case that, over time, made the news and made this a big case,” said Helena Faulkner, Tarrant County assistant district attorney who has handled the Bigby case after his conviction.

Bigby spent a long time on death row because he was granted a new sentencing trial in 2005. The U.S 5th Circuit Court of Appeals tossed out his original death sentence because new sentencing procedures required juries to decide whether any mitigating evidence – like Bigby’s mental illness – qualified a capital murder convict for the lesser sentence of life without parole. When Bigby was first sentenced to death in 1991, jurors were told they could “nullify” any such evidence.

During his original trial, the defense brought up Bigby’s schizophrenia, telling the jury that he had various diagnoses and been hospitalized multiple times. A psychiatrist testified that “at the time of the offense … Bigby was suffering from [this] serious severe mental illness and was not aware of the difference between right and wrong.”

Still, after considering this evidence during the second trial, the jury again handed down a death sentence, essentially resetting the appeals process after Bigby had already lived 15 years on death row.

Under current law, mentally ill convicts can be sentenced to death (though at least one Texas lawmaker is hoping to change that). Defendants can present the illness as mitigating evidence, but ultimately, it is in the jurors’ hands. In Bigby’s case, the jury did not believe his schizophrenia was a reason to give him life without parole instead.

“Mr. Bigby was never found to be insane,” said Faulkner. “The jury rejected any claims that he had any type of mental illness or defect that would warrant not imposing a sentence of death.”

Bigby’s execution was the second from Tarrant County this year. The next two executions scheduled are also from Tarrant. Faulkner said the uptick in scheduled executions is because cases were delayed while the county did a review of capital cases and DNA analysis.

The execution was the fourth for Texas in 2017. Last week, the state put to death Rolando Ruiz after hours of uncertainty while the U.S. Supreme Court pondered pending appeals. Outside of Texas, only Virginia and Missouri have held executions this year — one in each of those states.