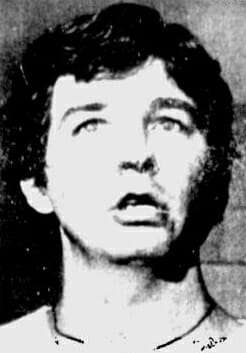 Police killer James David Raulerson was electrocuted Wednesday as his victim’s father looked on to fulfill a graveside vow and 50 officers, including the slain policeman’s partner, stood vigil outside.

James David Raulerson, 33, was pronounced dead at 7:11 a.m., becoming the 11th Florida inmate and the 37th nationwide to die since the U.S. Supreme Court reinstated the death penalty in 1976. His was the fifth execution in the country this year.

″I made a promise at my son’s graveside that I would watch his killer die,″ said Jack Stewart, whose 23-year-old son, Michael, was killed during a Jacksonville restaurant robbery in April 1975.

″It wasn’t a pleasant thing,″ Stewart said. ″I didn’t come here out of hatred. This will put some of it to rest, but it won’t bring my son back.″

About 50 police officers from Jacksonville, some wearing T-shirts saying ″Raulerson Make My Day″ and ″Crank Up Old Sparky,″ stood in a pasture across from Florida State Prison. Some cheered when they learned Raulerson was dead, and applause erupted when the hearse rolled by.

Stewart’s partner, James English, hung his head as the signal was given that Raulerson was dead. Tears filled in his eyes.

″This is a great day,″ said English, now an active officer in the sheriff’s department. ″I feel relieved. It’s been a long time coming.″

Stewart died when he and English entered a restaurant after a robbery was reported. English was wounded, and Raulerson’s cousin, Jerry Tant, was killed in the gunfire.

In a final statement he read from a white piece of paper, Raulerson blamed English for Stewart’s death.

″I am sorry you are made a murderer through the state, Mr. Dugger,″ Raulerson said, referring to prison Superintendent Richard Dugger. ″James English killed Michael Stewart and used Stewart’s gun to murder my cousin. I am sorry for you for taking life. My family knows I love them and I love you.″

After declining a steak-and-eggs breakfast, Raulerson was steered into the death chamber at 6:58 a.m. He winked to his attorney, Stephen Bright, but turned his eyes away from Stewart after a brief glance.

A mask was lowered over Raulerson’s clean-shaven head and a hooded executioner, paid $150 for the job, delivered 2,000 volts. The prisoner jerked upward in the chair, his hands clenching into fists and turning purple.

Raulerson, who learned through television news reports that he’d lost his last appeal, spent his final evening visiting his mother and stepfather, other family members, a minister and his attorney.

Another inmate scheduled to be executed Wednesday was granted an indefinite stay Tuesday by a federal appeals court. Two other convicted killers are scheduled to die next week in Florida.