A Texas man convicted of abducting a young Houston couple, raping the woman and fatally stabbing the man in 1991 was put to death Tuesday evening.

Jamie McCoskey, 49, already was on a form of probation when he was arrested for the slaying of 21-year-old Michael Dwyer, who had been stabbed nearly two dozen times, and the rape of Dwyer’s pregnant fiance. The couple had been abducted from their apartment.

Asked if he had any final statement, McCoskey replied: “The best time in my life is during this period. … I have been touched by an angel’s wings.”

He said that if he could, he would “change Dwyer’s parents’ suffering, because I know they are.”

During his brief comments, and as a tear ran down the side of his face just above a tattoo teardrop and below his right eye, McCoskey said he wanted “to say some things so bad.”

He said he appreciated people who had helped him, then turned his gaze toward Dwyer’s mother and stepfather, saying, “And if this takes the pain away, so be it.”

After telling the warden he was “ready to go,” McCoskey turned his head back toward the warden in the seconds before the lethal dose of pentobarbital began taking effect and said loudly: “Better not be no mix-up here. I don’t want no stay.”

He was pronounced dead at 6:44 p.m. CST, 19 minutes after the lethal drug began to be administered

Dwyer’s mother and stepfather declined to speak with reporters afterward.

McCoskey became the 15th convicted killer executed this year in Texas, which carries out the death penalty more than any other state.

The U.S. Supreme Court earlier this year refused to review McCoskey’s case, and his attorneys filed no last-day appeals in the courts.

Evidence showed the couple had left the door of their apartment open while they were bringing home groceries and were confronted by the knife-wielding McCoskey exactly 22 years ago Wednesday.

He ordered them to their car, handcuffed Dwyer, drove around Houston and stopped at an abandoned ramshackle house where he raped the woman. She fled to a nearby home to seek help when she realized sounds she was hearing were of Dwyer being stabbed repeatedly.

Their car was found at an apartment complex where McCoskey once lived. Based on a description of the attacker, residents there identified McCoskey, whose 6-foot-7-inch height and square facial features had earned him the nickname “Lurch,” after the hulking Frankenstein-like servant to the fictional “Addams Family” television comedy of the 1960s.

His mother testified at his trial that McCoskey had an abusive childhood that led to behavioral problems. After stints in juvenile facilities, his offenses escalated as he reached adulthood.

Before reaching death row, he had a kidnapping conviction in Austin, assaults while in prison, marijuana possession busts and a jail term where records show he used a chisel to crack the skull of a fellow Harris County inmate.

He also was remembered for walking into the Houston courtroom the day after his capital murder conviction in 1992, grabbing a heavy oak chair and heaving it about 10 feet. It hit one prosecutor in the arm and grazed another before crashing into the jury box rail.

“That’s for lying in court!” McCoskey shouted at the prosecutors.

Jurors weren’t present yet and didn’t see the incident. Days later, they rejected defense arguments McCoskey was insane and mentally ill and decided he should be put to death. Prosecutors presented testimony McCoskey had an anti-social personality disorder but did know right from wrong.

“My only wish for Jamie is godspeed,” Jim Peacock, his lead defense lawyer, said. “And I hope whatever there is for him after this point is kinder to him than his past has been.

At least seven other Texas prisoners are set to die in the coming months, including one next month. 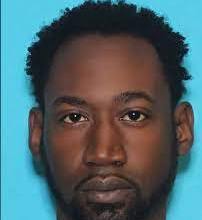