Joseph Paul Franklin is unblinking and empty as he talks about his victims.

Do you know how many people you murdered? “I’d rather not mention it,” he says flatly.

“Yeah, I regret the fact that I shot them now,” he replies.

Joseph Franklin has been away from the civilized world for more than 30 years, serving several life sentences behind bars.

We’re meeting at the Eastern Reception, Diagnostic and Correctional Center in Bonne Terre, Missouri, where he is on death row.

A glass partition separates us, and we’re speaking via a closed line telephone. The prison guard has put a wireless microphone on Joseph Franklin, who is shackled at the ankles, his wrists cuffed to the chain around his waist. Franklin’s hair is wild and alive, unlike his expressionless answers when he speaks about his murder victims.

This is one of the last interviews this serial killer will give.

“I felt like I was at war. The survival of the white race was at stake,” he says.Joseph Franklin compares himself to a U.S. soldier in Vietnam, trained to be a sniper in the war. The enemy, he explains, were Jews, blacks and especially interracial couples. “I consider it my mission, my three-year mission. Same length of time Jesus was on his mission, from the time he was 30 to 33.”

What was your mission? “To get a race war started.”

Joseph Franklin spent 1977 to 1980 trying to accomplish that goal, committing more than a dozen bank robberies in addition to the murders. He stalked his victims, usually finding a sniper’s nest yards away, looking down the scope of a high-powered rifle to kill his targets at will.

He explains his hate was bred from his origins and upbringing.

Franklin’s birth name was James Clayton Vaughn and he was born in Mobile, Alabama. He grew up in poverty and lived a childhood of abuse, he says.

“My momma didn’t care about us,” he explains, saying it affected him emotionally and stunted his mental development. He says he was locked up and not allowed to play with other children. He claims he was fed such a poor diet that it affected his development. “I’ve always been least 10 years or more behind other people in their maturity,” he says.

He found a family and comfort in the white supremacy groups of the American South in the 1960s. Hitler’s autobiographical manifesto, “Mein Kampf,” moved him from hate to action. “I had this real strange feeling in my mind,” he says. “I’ve never felt that way about any other book that I read. It was something weird about that book.”

At 26, he changed his name to Joseph Paul Franklin. Joseph Paul in honor of Paul Joseph Goebbels, the Nazi minister of propaganda, and Franklin after Benjamin Franklin.

He tattooed the grim reaper into his right forearm as a “symbol of my mission,” he explains. He shows it to me, the ink now faded green blue, the image blurry and difficult to see. “It used to be blood there, red dots falling from it,” he points out. Franklin explains he asked the tattoo artist to draw the words “Helter Skelter” on his other arm in red, with blood dripping down. Helter Skelter references ’60s serial killer Charles Manson and his desire to start a race war from California. The tattoo artist refused, Franklin said, worried about law enforcement reprisal.

Joseph Franklin says he was obsessed with killing by example. “I figured once I started doing it and showed them how, other white supremacists would do the same thing.”

Do you think you’re a hero to those hate groups?

“Well that’s what they tell me,” he says, finally laughing. “I’d rather people like me than not like me, like most people. I’d rather be loved than hated.”

It’s a preposterous notion, but I can’t resist delving further.

Why do the Jews love you? “When you commit a crime against a certain group of people, a bonding takes place. It seems like you belong to them,” he says.

Joseph Franklin is talking about the crime that put him on Missouri’s death row, the murder of Gerald Gordon. On October 8, 1977, Franklin was outside the Brith Sholom Kneseth Israel synagogue in St. Louis. Some 200 guests were leaving a bar mitzvah. Franklin had hammered 10-inch nails into a telephone pole to use as a makeshift gun rest for his hunting rifle. As the guests were leaving the synagogue, Franklin fired, killing Gordon in front of his wife and three children.

There would be other victims across the country.

Joseph Franklin was convicted of killing Alphonse Manning and Toni Schwean in Madison, Wisconsin, merely because they were an interracial couple.

Franklin confessed to police that college student Rebecca Bergstrom enraged him because she said on spring break, she once dated a Jamaican man. He shot her dead.

In Cincinnati, Joseph Franklin had been lying in wait for an interracial couple but 13-year-old Dante Evans and his cousin 14-year-old Darrell Lane came walking down the road. Franklin shot them both from his sniper’s nest, striking them twice to make sure the boys were dead.

Joseph Deters, who prosecuted the Cincinnati case said of Franklin, “He’s just a creep. There’s no other way to describe him. And what he did to those two kids because of the color of their skin is incomprehensible.”

Franklin also wanted to strike high-profile targets, stalking civil rights leader Vernon Jordan Jr. In Fort Wayne, Indiana, in 1980, Franklin sat outside Jordan’s hotel and waited. As Jordan returned from an event, Franklin shot him. Jordan was seriously injured but was not killed.

But Franklin hoped one of his biggest trophy killings would be Larry Flynt, publisher and founder of Hustler magazine. Flynt’s crime according to Franklin?

“I saw that interracial couple he had, photographed there, having sex,” he says. Franklin is referring to the December 1975 issue of Hustler that featured several photos of a black man with a white woman. “It just made me sick. I think whites marry with whites, blacks with blacks, Indians with Indians. Orientals with orientals. I threw the magazine down and thought, I’m gonna kill that guy.”

On March 6, 1978, Franklin was almost successful. Flynt was in Lawrenceville, Georgia, facing charges of obscenity. As he returned to the courthouse, two shots struck Flynt. Flynt would barely survive, and he was paralyzed from the waist down.

In a strange turn, Larry Flynt has filed a last-minute legal motion with the American Civil Liberties Union to halt Franklin’s impending execution.

Do not confuse this with mercy, Flynt explained to me days before I would meet with Joseph Franklin. “The government has no business at all being in the business of killing people,” he said. Flynt is strongly anti-death penalty, pointing out the inmates on death row are “minorities and underprivileged people, not wealthy white kids.”

Flynt believes it’s “much more punishment to put somebody in prison for the rest of their lives than it is to snip their life out in a few seconds with a lethal injection.”

Flynt said he never thinks of Franklin or cares about him, it is merely on principle the publisher is fighting to spare his life.

When I bring up Flynt to Joseph Franklin, he breaks into a smile. “My old pal Larry!” he exclaims. “Tell him I appreciate that. Thanks.” He disagrees with Flynt, though, that the death penalty is less punishment than life in prison.

“It’s just not a system that operates according to the Bible. The scriptures tell us when someone repents, God forgives them. Everything is forgotten, once forgiven. But the state doesn’t think that way,” he says.

Franklin says he’s no longer dangerous nor a racist.

Do you feel any hate looking at me? I’m not white. “I have no feeling whatsoever, no hatred to you. Especially not a female. You know what I mean?”

But you shot plenty of women. “That’s true,” he nods, “you got a point. But I felt they were enemies of the white race.”

He’s different now, he says, after poring through reams of books in prison. He’s “cured his mental illness through education,” he claims.

Do you think something lies out there for you on the other side? “Yeah, but it’s not a burning hell because I’m serving the Lord, though. It’ll be the kingdom of heaven for me because I’ve repented.”

I think we’re just about out of time. “Well let’s not say that. Let’s just say we’re gonna part temporarily.”

Time is important to you now, isn’t it? “Yeah it has been for a long time now. Maybe we’ll meet again sometime.” 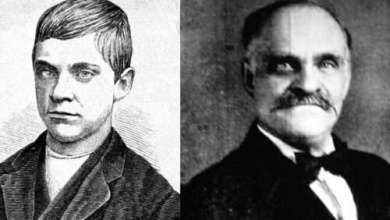 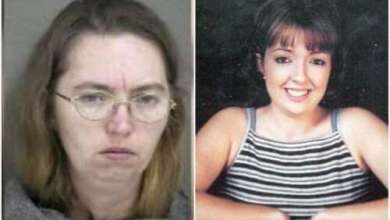 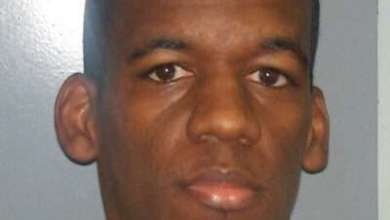 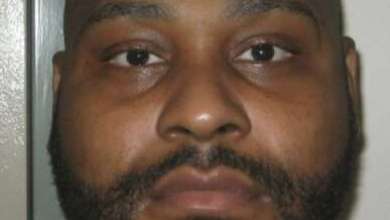