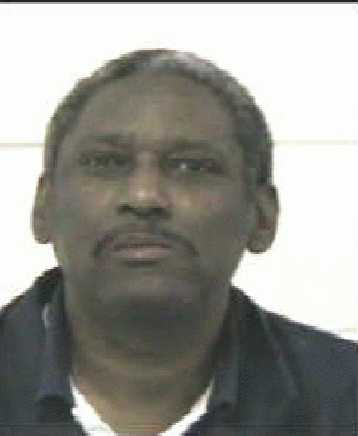 I would like to thank the people of this institution for taking such care of me as they did,” said Bowden, 34, convicted of a gruesome murder in Columbus. “I hope by my execution being carried out, it will bring some light to this thing that is wrong.”

Then a prison official flipped a switch, sending 2,000 volts of electricity through Bowden’s body. Two minutes later, a physician pronounced him dead.

The State Board of Pardons and Paroles recently turned down a request from two documentary filmmakers to release documents concerning Bowden’s long-ago appeal for clemency. The filmmakers are especially interested in a board-ordered IQ test that apparently found Bowden to be, in the language of the day, mentally retarded.

Two years after putting Bowden to death, Georgia became the first state to bar such executions. But the state law spares only condemned killers who are judged “beyond a reasonable doubt,” the highest standard of proof in the U.S. legal system. The Supreme Court prohibited the practice in 2002, but deferred to states’ judgment on whether inmates are disabled.

In 2015, for instance, Georgia executed Warren Lee Hill, whose IQ was 70, for beating his prison cellmate to death. An IQ of 70 or below is generally considered to indicate a disability.

The records the filmmakers sought on Bowden’s execution are confidential under state law, said Steve Hayes, a Parole Board spokesman. The law, however, also gives the board the discretion to make the documents public.

“In determining whether to declassify the records, the board determines whether declassifying the materials furthers public policy, assists law enforcement or aids in the protection of the public,” Hayes said. “The board determined their request did not meet any of the criteria.”

More than perhaps any other state agency, the parole board operates with virtually no public scrutiny. It considers clemency requests and most other matters in private and, in most cases, offers no explanation for its decision.

This decision leaves a hole in the film, which begins in 1976 in Columbus.

Police were called to check on the well-being of Kathryn Stryker, 55, who lived with her 76-year-old mother, Wessie Bell Jenkins. In the kitchen, an officer found Stryker’s body, disfigured from being beaten and stabbed. Jenkins lay in bed, badly wounded but still alive four days after the assault. She died of a heart attack in a hospital about a month later.

Detectives arrested a 16-year-old neighbor, James Lee Graves. He confessed to robbing the women but said his friend Jerome Bowden, then 24, killed Stryker and assaulted Jenkins.

Jerome Bowden had served time in prison on a burglary conviction, but relatives and friends told the filmmakers he was not violent.

“Jerome wasn’t a bad child,” his sister Josie Lee Henderson said in the film. “He was off some.”

Another sister, Shirley Thomas, said Bowden was “retarded” – a “slow learner” who attended “a special class for special people.” He could not read, Thomas said, and could not have comprehended the signed confession that detectives later presented at his trial.

Both sisters are now dead.

When Jerome Bowden went on trial, a judge denied a request from his court-appointed lawyer – trying his first criminal case – to pay for psychological testing. The judge did not allow the lawyer to mention Bowden’s intellectual disability in front of the jury.

Testifying in his own defense, Bowden denied killing Stryker. He said he confessed only because a detective told him it would keep him “from going to the electric chair.”

In a separate trial, Graves was convicted of murder and sentenced to life in prison. Now 56, he was released on parole in 2012.

Jerome Bowden spent nearly a decade on Death Row before officials set an execution date. He appealed for clemency from the parole board, mentioning that at age 14, his IQ was recorded as 59 – 41 points below average intelligence.

The board granted a temporary stay of execution and ordered a new IQ test. Ten days later, a psychologist told the board that Bowden scored 71 on a verbal section of the test and 62 on the non-verbal portion. His combined score was 65 – still in the disabled range.

But the board lifted the stay, describing Bowden as “mildly retarded.”

“We learned a great deal of what ‘mildly retarded’ means,” a parole board member was quoted as saying in news reports. “A mildly retarded person is not walking around in a cloud. … If he doesn’t understand the relationship between pain and punishment now, he did then.”

Jerome Bowden was put to death the following morning.

Caplan, who also is a psychologist, wants to see the test papers from 1986 to assess whether the IQ examination was properly administered and interpreted.

“It may be it was administered by the book,” she said. “But we do not know that. This man was executed because of it.”