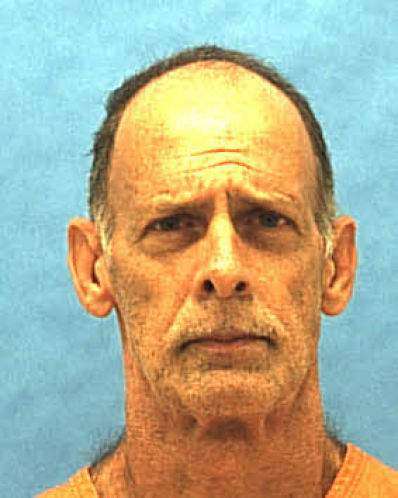 Just 10 minutes earlier, Jerry Correll — dressed in all white under a white sheet — turned down a final statement. And an executioner injected him with three chemicals. The first sedated him, the next paralyzed him and the third stopped his heart.

With that came an end to one of the most protracted cases on Florida’s crowded death row. Thirty years after he stabbed and killed his five-year-old daughter, his ex-wife and her mother and sister in Orlando, Jerry Correll himself was dead at 59.

The execution occurred after the U.S. Supreme Court rejected without comment Correll’s request for a stay at 6:40 p.m., 40 minutes after the execution was scheduled.

Justices Stephen Breyer and Sonia Sotomayor dissented, saying Correll’s execution should be delayed while the court decides whether Florida’s capital punishment system is constitutional. At issue: In Florida, it takes only a majority of the jury – not a unanimous one as in most states – to recommend a death penalty. Even then, the judge has a final say.

Jerry Correll is the first person to be executed since January in the small, white death chamber. His death was put off in February by the Florida Supreme Court while federal justices considered a case that could rule the state’s lethal injections unconstitutional.

That case surrounded midazolam, a highly controversial drug used in lethal injections in just a few states, including Florida. Its purpose is to sedate the inmate, although in some cases it has not worked properly, causing major complications in an otherwise straightforward process.

On Thursday, nothing appeared to go awry.

Correll’s execution is also the 22nd to take place in the death chamber at Florida State Prison since Gov. Rick Scott took office in 2011, more than any other governor since the death penalty was reinstated in Florida in 1976. Jeb Bush ordered 21 in his eight years in office and Charlie Crist ordered just five.

“It’s his solemn duty to uphold the law and his foremost concern is always for the victims and their families,” said Jackie Schutz, Scott’s spokeswoman.

Family members of the victims — Susan Correll, Marybeth Jones, Mary Lou Hines and Tuesday Correll — were present, as were Correll’s lawyers and a member of clergy.

“The consequences of (Correll’s) actions should be no less than death itself,” the family of the victims said in a written statement after the execution. “It has taken a long time for his punishment to be fulfilled, but we have chosen to use that time to heal and move forward.”

The family of death row inmates aren’t allowed to witness executions. Correll spoke with his daughter on the phone Thursday morning, however, and she and other family members visited him last week, Department of Corrections spokesman McKinley Lewis said.

On Thursday, Jerry Correll had a two-hour meeting with Deacon Jason Roy, a Catholic chaplain who serves death row inmates. Around 10 a.m., he ate his last meal: a cheeseburger, french fries and a Coke.

“His general demeanor has been calm and in good spirits today,” Lewis said.

Inside the death chamber on Thursday evening, the team responsible with carrying out Scott’s death warrant were connected to the governor and Attorney General Pam Bondi via phone. They were able to ensure no last-minute decisions required the execution to be put off, Schutz said.

Early last week, Correll’s lawyers made an unsuccessful bid to the U.S. Supreme Court for another delay while the process used to sentence people to death in Florida is under review by the court in a case called Hurst v. Florida.

Bondi opposed any delay, filing documents with the court arguing that the state is on solid legal ground. On Tuesday, she said that “the courts have ruled in our favor in the past on this very issue” and called Correll’s crime a “horrible, horrible murder.”

“We’re not going to let anybody be executed that we feel isn’t warranted by our laws,” Bondi said.

With the U.S. Supreme Court planning to rule on Florida’s death penalty — this is the only state where a judge issues a death sentence based on the suggestion of a jury that need not be unanimous — critics said now was not the time to move ahead with an execution. Because Correll’s death sentence could get sent back to a jury if the U.S. Supreme Court rules against the state in that case, Marian DeLiberato, one of Correll’s lawyers, said she was surprised the execution wasn’t delayed by a lower court.

“It certainly was a surprise to us,” she said. “We certainly thought they would recognize the significance of the Hurst case and how it potentially affects Florida’s death penalty.”