A man convicted of murdering eight people in the late 1970s was executed Monday night at the Florida State Prison, despite his lawyers’ pleas that he was too mentally ill to be put to death.

The execution came less than two hours after the U.S. Supreme Court denied a final request for a stay.

Before the execution, Ferguson made a brief but unintelligible statement before 25 witnesses. At about three minutes into the procedure, he moved his head, strained his neck, moved his feet, put his head back down and closed his eyes.

About three dozen people protested across the street from the prison.

Ferguson and two others were convicted of murdering six people in 1977 during a robbery at in Miami-Dade County house used by marijuana dealers. Ferguson dressed as a utility worker to gain access and let his accomplices inside. Most of the victims were friends who happened to drop by the house while Ferguson and the other men were there. The victims were blindfolded and bound, and the encounter turned violent after a mask fell off one of Ferguson’s gang members and his face was spotted by a victim.

The decision was made to kill all eight people in the house. Two survived. At the time, it was the worst mass slaying ever in Miami-Dade County.

Ferguson also was convicted of the 1978 murder of a 17-year-old couple, Brian Glenfeldt and Belinda Worley. They were shot as Ferguson, dressed as a police officer, tried to rob them while they were parked at a lovers’ lane. Worley was raped.

The randomness of the crime and the youth of the two victims stunned many in Miami. Ferguson confessed to killing “the two kids” after he was arrested in April 1978 for the earlier killings, court records show.

Ferguson was sentenced to die in both cases; he unsuccessfully used the insanity defense in the trial over the teenagers’ murders.

The issue of Ferguson’s mental stability was a current that ran through his life, and his execution came after months of court appeals. Ferguson’s lawyers said their client had a long history of mental illness. The attorneys appealed his case to the U.S. Supreme Court, saying that Ferguson lacked “rational understanding” that he will be executed and that killing him would “cruel and unusual punishment,” violating the Constitution.

Christopher Handman, Ferguson’s lead attorney, said his client’s mental illness manifested itself long before the slayings. Ferguson’s alcoholic father died when Ferguson was 13, and that’s when he started experiencing hallucinations, family members told the attorney. Ferguson also experienced abuse by his mother’s boyfriends, then was abandoned by his mom and raised by his sisters in a vermin-infested shack in Miami-Dade County.

When he was 21, he was shot in the head by a police officer in Miami. For several years in the 1970s, Ferguson was in a state mental hospital and was diagnosed with paranoid schizophrenia; he was twice found not guilty of crimes by reason of insanity. Handman said one doctor wrote that Ferguson should not be released because he was a danger to himself and to society

But later, committed the murders in the house used he was released and, months by marijuana leaders.

Christopher Handman, an attorney for Ferguson, said Monday in a statement that he was disappointed in the Supreme Court’s decision, denying his client a stay of execution.

“Mr. Ferguson is insane and incompetent for execution by any measure,” Handman said. “He has a fixed delusion that he is the ‘Prince of God’ who cannot be killed and will rise up after his execution to fight alongside Jesus and save America from a communist plot. He has no rational understanding of the reason for his execution or the effect the death penalty will have upon him.”

Earlier in the day, Ferguson chose to eat the same food other prisoners were being served as his final meal: A meat and vegetable patty, white bread, stewed tomatoes, potato salad, carrots and iced tea. 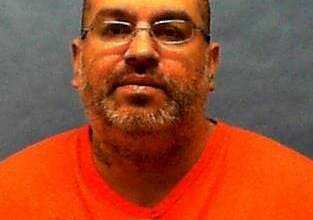 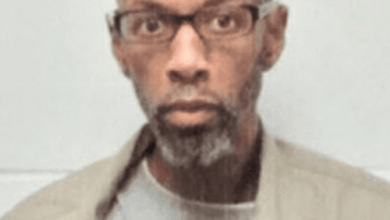 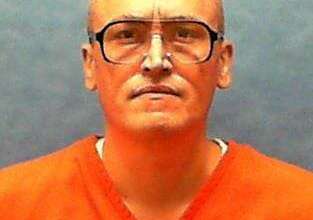