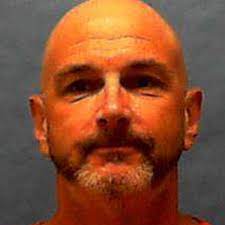 Patrick Hannon was executed by the State of Florida for two murders committed in 1991. According to court documents Patrick Hannon and two other men James Acker and Ronald Richardson would murder Brandon Snider, 27, and Robert Carter, 28. James Acker would receive a life sentenced and Ronald Richardson would testify against the two others for a five year sentence. Patrick Hannon was considered to be the ring leader and would receive the death penalty. Hannon would admit to being at the murders however denied participating in them. Patrick Hannon would be executed by lethal injection on November 8, 2017

Patrick Charles Hannon helped execute two Tampa men 26 years ago. He slashed one man’s throat and shot another man six times in the chest in 1991.

The state of Florida executed him for those crimes on Wednesday night.

James Acker, also now 53, is serving a life sentence plus 22 years at Cross City Correctional Institution in Dixie County. Ronald Richardson testified against the other two in exchange for a five-year sentence

When the curtain rose on the glass window separating the witness gallery from the execution chamber, Patrick Hannon was strapped in a gurney, covered by a white sheet.

Before executioners injected the cocktail of drugs that would render him unconscious, paralyzed and then dead, Hannon spoke.

He proclaimed his innocence and apologized — to the family of just one of the men he killed.

“I hope this execution gives the Carter family some peace,” he said. “I wish I could have done more to save Robert.”

In the gallery, a woman from Snider’s family whispered: “Bulls—-.”

“I didn’t kill anybody but I was there when Ron Richardson and James Acker did,” Hannon said.

“Robbie was a good man and a good friend, and I let him down when he needed me most. As far as Brandon Snider, I think that everybody knows what he did to get this ball rolling.

“I’m sorry this worked out like this, the way it did.”

The woman whispered one final vulgarity at Hannon, then waved goodbye as he was put to death.

Afterward, she declined to identify herself or comment to the Tampa Bay Times.

The U.S. Supreme Court denied Hannon’s last-ditch appeals around 8:30 p.m. That delayed the start of his execution by more than two hours, forcing the 18 witnesses, including members of the Snider and Carter families, to wait.

Patrick Hannon was convicted of the murders in 1991 and a jury unanimously sentenced him to death. He was 26 then, and has spent another 26 years, a second lifetime for him, on Florida’s Death Row.

He was the third Death Row inmate Florida executed using this lethal combination of drugs: Etomidate, a sedative; rocuronium bromide, a paralytic; and potassium acetate, to stop his heart.

After Patrick Hannon completed his statement, at 8:38 p.m., his body received the sedative through an IV. He exhaled heavily and his body shook for short periods of time.

At 8:42 p.m., an official inside the chamber checked to see if Hannon was conscious. He touched Hannon’s eyelids and shook his shoulders.

By 8:44 p.m., Patrick Hannon lay still. His lips turned a dark purple as the color drained from the rest of his face.

At 8:50 p.m., a doctor entered. He checked Hannon’s pulse and listened to his chest through a stethoscope before declaring him dead.

Hannon’s last day began early. He awoke at 2:30 a.m., according to the Florida Department of Corrections, after sleeping just three hours.

His last meal consisted of beef short ribs, fried potatoes, bacon, a roll, peach cobbler, vanilla ice cream and sweet tea. He ate most of the short ribs and all the peach cobbler.

He was also able to spend time with his wife, whom he married while he was on Death Row. Hannon declined to meet with a spiritual advisor.

The January 1991 slayings started with a Christmas dispute just weeks before in Indiana, between Brandon Snider and a woman. In one version he fired a gun in her home and left a threatening note.

Tony Snider told another version: His half brother Brandon Snider was involved in a dispute with an ex-girlfriend and ended up damaging her room, but later apologized and offered to pay for the damages.

Brandon Snider thought it was over. It wasn’t.

The brother of the woman, Acker, then targeted him.

Acker, Hannon and Richardson went to find Snider at the Cambridge Woods Apartments, just a mile from the University of South Florida campus.

Investigators said Acker stabbed Brandon Snider 14 times and Hannon slit this throat. Carter begged to be let go and tried to hide in an upstairs bedroom. Hannon shot him in the chest six times.

“A tooth for a tooth, an eye for an eye,” he said. “He took my brother’s life; why shouldn’t the state of Florida take his?”