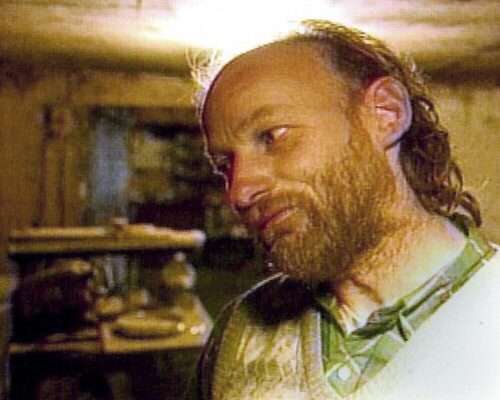 Robert Pickton is a serial killer from Canada who was convicted of six murders but is believed to have murdered at least forty nine murders in which he fed the bodies to pigs. In this article on My Crime Library we are going to take a closer look at serial killer Robert Pickton “The Pig Farmer”

Robert Pickton was born on October 24 1949 to Leonard and Louis Pickton in Port Coquitlam British Columbia Canada on a pig farm. Robert who has an older sister Linda and a younger brother named David was raised by an abusive farmer. Both of Robert’s parents would die in 1978 leaving the pig farm to their children. However David and Linda wanted nothing to do with the farm so Robert took it over as his brother would take the Family home.

That same year there were a number of legal issues against the pig farm due to its poor condition as it had been neglected by both Robert Pickton and his brother David. However the two brothers would continue to host their parties.

People began to notice that a variety of women who attended the parties would soon go missing. Even though this was reported to police the fact that they were sex workers made the women very low priority to the police.

Robert and his brother David were arrested after police searched the property and found a variety of weapons in 2002. Both of the brothers would be released however Robert was kept under surveillance by police.

Robert Pickton was arrested again and charged with the murders of two women who disappeared after attending a party at the Pickton farm.

The police began a deeper search into the Pickton farm and they would excavate the bodies of four more women. As the months passed over and the search into Robert Pickton and his farm continued police would find more and more bodies of women who were reported missing. By the time the search was through Robert would face twenty seven counts of murder.

Robert was tried on twenty seven counts of murder on January 30, 2006 in which he plead not guilty. The judge presiding over the case would later break up the case into one where there was six counts of murder and the second for the remaining twenty counts. One of the cases was dropped due to lack of evidence. Eventually Robert would be convicted on the six counts of murder and would not face the other twenty counts. Robert was sentenced to twenty five years to life in prison, under Canadian law he must serve twenty five years before he becomes eligible for parole.

After DNA evidence linked serial killer Robert Pickton to the disappearance of her sister, Lori Ellis asked police for a prayer card belonging to her sister Lori Ellis

“It was the serenity prayer,” she said. “It was found on a shelf in [Pickton’s] slaughterhouse.”

The RCMP has applied to B.C. Supreme Court to dispose of evidence related to the Pickton case, news victims’ families say is traumatizing. The card owned by Cara Ellis is among the items

“I think it’s absolutely appalling they have done this without notifying the families,” Lori Ellis said of the disposal application. “We were told it would be in storage forever.”

Campbell River’s Rick Frey, whose daughter Marnie was among Pickton’s victims, said news of the bid to destroy the evidence just traumatizes everyone again.

He said Marnie’s daughter is afraid Pickton will be released and come after her. Pickton is in a Quebec prison, ineligible for parole until 2032.

RCMP spokeswoman Sgt. Janelle Shoihet confirmed that there is an application to dispose of exhibits related to the investigation.

What scant human remains investigators found on the property Pickton co-owned with his brother and sister were returned to the families a decade ago.

The application to dispose of the remaining evidence was filed by lawyer John Ahern, a prosecutor in the case.

“The RCMP has very strict polices on when evidence from major crimes such as murder or sex offences may be destroyed,” Pitt-Payne said. “It is in the area of 80 years or more.”

However, once investigators tender evidence to courts, it becomes the decision of the courts on what should be done with it.