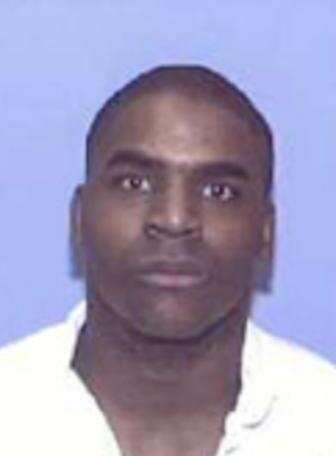 Quintin Jones was executed by the State of Texas for the murder of his great aunt in 1999. According to court documents Quintin Jones would beat to death the elderly woman when she refused to give him money to support his addiction. Quintin Jones execution on May 18, 2021 was a bit odd as there was no media witnesses at the execution which is the first time that has happened in over forty years. Regardless of who was there Quintin Jones was put to death by lethal injection

The press could not witness the death of the 41-year-old because prison agency officials neglected to notify reporters it was time to carry out the punishment, according to the Associated Press. It was the first time in at least 40 years that media was not present at an execution.

Jones, convicted of killing his great-aunt in 1999, was executed at the state penitentiary in Huntsville at 6.40pm.

ones, convicted of killing his great-aunt in 1999, was executed at the state penitentiary in Huntsville at 6.40pm.

“I would like to thank all of the supporting people who helped me over the years,” he said in his last statement. “Love all my friends and all the friendships that I have made. They are like the sky. It is all part of life, like a big full plate of food for the soul. I hope I left everyone a plate of food full of happy memories, happiness and no sadness. I’m done, warden.”

Jones had made a clemency petition asking the state pardons board and governor to commute his sentence to life in prison. His plea was rejected.

Jones beat his great-aunt to death with a baseball bat she kept for her own protection. The killing was motivated by Jones’s drug addiction at the time. His other great-aunt, Bryant’s younger sister, Mattie Long, has forgiven him.

“Another Black man has been executed tonight. America’s outlook on justice remains broken, barbaric and inhuman,” said Derrick Johnson, president and CEO of the National Association for the Advancement of Colored People (NAACP), in a tweet. “Perhaps we need more forgiveness, more love, more understanding. I have no other words.”

The writer Suleika Jaouad also expressed her grief on Twitter. “Justice was not served. The world is not a better place because Quin is gone,” Jaouad wrote. “May his memory expand our capacity for grace and mercy.”

In his six years in office, the Texas governor, Greg Abbott, has only granted clemency once: to a white inmate, Thomas Whitaker.

Over the course of the year Texas plans to carry out five executions including that of Jones, out of a nationwide total of seven.